California-born Brooklyn Sudano is an actress. She is wedded to Mike McGlaflin. 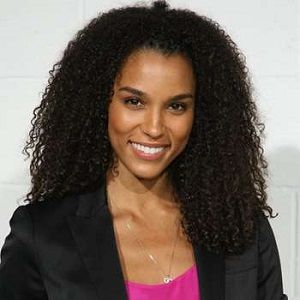 What is the relationship of Brooklyn Sudano?

Brooklyn Sudano is a married woman as of now. She is wedded to Mike McGlaflin. Mike is a luxury good designer.

The couple dated for a long time before getting into marriage. The wedding ceremony took place on October 8, 2006. Since then, the lovebirds have been living together with love and happiness.

Together, they have a baby daughter. The whole family happily lives in Los Angeles, California. She has a straight sexual orientation.

According to some sources, she also dated an actor, George O. Gore II in the past.

Who is Brooklyn Sudano?

California-born Brooklyn Sudano is an actress. But she can also sing and dance. She is an American citizen. The talented Brooklyn is active in this field since 2003.

Notably, she is popular for the show, My Wife, and Kids. She played Vanessa Scott-Kyle in the show’s fourth and fifth seasons. Furthermore, people also know her for projects like, Taken, Turn the Beat Around, and others.

Brooklyn Sudano was born in Los Angeles in the state of California. She was born on January 5, 1981. The name of her father is Bruce Sudano.

Similarly, her mother’s name is Donna Summer. While Donna is a singer by profession, Bruce is a songwriter. She is of African American ethnic background from her mother’s side.

And she has Italian descent from Bruce’s side. During her childhood, she used to sing at Church and sing as backing vocals in her mother’s concerts. But later she pursued acting.

Although she was born in California, she also grew up in Nashville, Tennessee after they moved. She enjoyed a luxurious early life.

For education, she went to Christ Presbyterian Academy for her high school study in Nashville. Afterward, she attended Vanderbilt University for her further studies.

But later she moved to New York to pursue her studies at Lee Strasberg Theatre and Film Institute.

Brooklyn Sudano started as a professional actress in 2003. Previously, she worked in theatres in her high school. She learned acting in New York.

While she was studying, she also tried her luck at modeling. She appeared in her mother’s song music video.

Brooklyn collaborated with Ford Modeling Agency and modeled for brands like Clean & Clear, K-mart, and Clairol. As per acting debut, she made it in 2003 in the show, My Wife, and Kids.

In 2015, she won Billboard Women in Music’s Breakthrough Artist award.  Currently, she earns a massive salary. Subsequently, she has made quite a net worth as of 2022. But these details are not disclosed yet.

Brooklyn Sudano is a person who does not like trash-talking in the media.

Moreover, she tries to stay away from the criticisms in the media. Consequently, she is not part of any rumors or controversies as of now.

Brooklyn Sudano has a slim body. She has a height of 5 feet 6 inches. Similarly, she weighs around 52 kg.

Brooklyn has a very fit and slim figure. While her hair is of dark brown color, she has light brown eyes.

Also get to know more about the birth facts, education, career, net worth, rumors, height, and social media of different personalities like Joanna Pacitti, Chayce Beckham, and Coleen Garcia.

Maggie Johnson
Tags : Actress dancer My Wife and Kids Taken Turn that Beat Around With This Ring