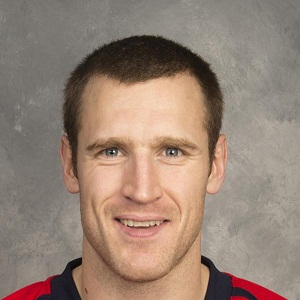 Their tragic passing has left my wife and I heartbroken, lexi and Harley were not just pets to us, they were our children, and we loved them as such.

Brooks is a married man. He is married to his longtime girlfriend, Julianne Hough. She is an American dancer, singer, and actress. The couple tied the knot on 8 July 2017.

In February 2014, it was revealed that he started dating professional dancer and actress Julianne Hough. On August 18, 2015, Laich officially announced via Instagram that he and Hough were engaged.

Who is Brooks Laich?

Brooks Laich is a Canadian ice hockey player currently playing for the Toronto Marlies in the American Hockey League (AHL) while under contract to the Toronto Maple Leafs of the NHL.

Laich was born Evan Brooks Laich on June 23, 1983, in Wawota, Saskatchewan, Canada. His nationality is Canadian and ethnicity is North American.

His mother’s name is Jane Laich and father’s name is Harold Laich. He has two siblings, an older sister, Jodi Laich & younger brother, Jordan Laich. His father worked as a high school teacher and principal.

Colorado Avalanche star Joe Sakic was Laich’s favorite player growing up. His favorite team was the Toronto Maple Leafs, whom he used to dream of captaining. While still playing junior hockey, Laich helped his hometown of Wawota raise money to purchase a Zamboni for the local arena.

There is no information on Brooks’ educational background.

Laich started playing minor hockey in his hometown. During the 1999–2000 season, he was the top scorer & most valuable player for the midget AAA Tisdale Trojans. He was the runner-up for league MVP.

Laich started his junior hockey career with the Moose Jaw Warriors of the Western Hockey League (WHL) during the 2000–01 season. He played in 71 games with the Warriors, scoring nine goals and adding 21 assists. Laich was awarded the club’s Scholastic Player of the Year for the 2000–01 season. After the season, he was drafted by the Ottawa Senators in the sixth round, 193rd overall, of the 2001 NHL Entry Draft. He started the 2001–02 season with the Warriors but was traded to the Seattle Thunderbirds.

Brooks attended the Ottawa Senators training camp before the 2002–03 season. He played his first professional game in the AHL for the Binghamton Senators in 2003. He made his NHL debut with the Senators on February 3, 2003, against the New Jersey Devils. Later in the season, he was traded to the Washington Capitals. After the trade, he reported to the Capitals’ AHL affiliate, the Portland Pirates. The NHL lockout saw Laich spend the entire 2004–05 season with the Pirates.

Laich played in all 82 games for the Capitals during the 2007–08 season. As a restricted free agent after the season, Laich signed a three-year deal with the team on July 9, 2008.

The 2008–09 season saw Laich play in all 82 games for the Capitals again. Laich’s streak of consecutive games played broke in the 2009–10 season, when he missed four games with a cheekbone injury in February 2010. On February 10, shortly after returning from injury, Laich recorded his first career NHL hat trick, against the Montreal Canadiens.

During the 2010–11 season, the Capitals participated in the 2011 NHL Winter Classic against the Pittsburgh Penguins. On June 28, 2011, he signed a six-year, $27 million contract extension worth $4.5 million per season.

Prior to the start of the lockout-shortened 2012-2013 playing season, Laich played for the Kloten Flyers of Switzerland’s National League. He also reportedly suffered a groin injury, which limited his play upon his return stateside with the NHL.

Except for a minor shoulder injury resulting in him missing 16 games, Laich returned to full health in 2014-15. He finished with 7 goals & 20 points in 66 games played.

In the 2015–16 season, Laich’s offensive production rapidly declined. On February 27, 2016, the Capitals placed Laich on waivers for the purpose of sending him to the Hershey Bears of the AHL. The following day, on the eve of the trade deadline, Laich was traded to the Toronto Maple Leafs, his boyhood team.

Laich returned to Washington a few days later where the Capitals honored the centreman with a video tribute during the first period & a long standing ovation from the hometown fans & his former teammates. The Maple Leafs lost the game 3-2.

Laich debuted with Team Canada at the 2003 World Junior Championships. In a game against Sweden, Laich scored Canada’s first goal of the tournament. Canada won a silver medal. His next experience with Team Canada came at the 2010 World Championships, where Canada finished seventh. He also had represented Canada U20 in the WJC-20.

Brooks Laich: Salary and Net Worth

Laich has not been dragged into much greater controversies or rumors. He, however, has been dragged into rumors regarding his injury. He has, thus far, managed to keep a clean image in the eyes of public and fans.

Brooks has the height of 6 feet 2 inches. His body weighs 90kg. He has Honey Blonde hair and blue eyes.