The reality TV star Natalie Negrotti from “The Challenge” after getting pointed out as a gay, she has finally come out as a pansexual. She proudly reveals:

Initially, Natalie was pointed out as a lesbian before revealing about her sexuality, which she didn’t seem to be a fan of. Negrotti claimed that her fellow co-star from “The Challenge”, Kaleigh Morris outed her on social media after the fight in the last season of Vendettas, which she claims to not be a part of.

Natalie wasn’t really happy about being pointed out in such a way as she hadn’t even told this fact about her sexuality to her parents.

“Kaleigh, she outed me for being a lesbian on Instagram. I wasn’t ready and I haven’t even got the opportunity to tell my whole family. She just did it in a really malicious way and that’s not fair to me. but I know that I’ll never forget and I’ll never be her friend.”

The crash in their “friendship”.

Even today people are hated for not having a “straight” sexuality but Natalie wants this to end resulting in her huge revelation. In one of her tweets on the 17th of July, she tweeted:

“I came out with my story to share my truth with those who are battling the same thing I did. Do not throw hate at anyone for their actions. I wanted to use my platform to educate people who are not informed. Let’s spread love and education not hate”

Before this tweet, she also promoted #selflove. She says:

After her revelation, some people showered her with support but some couldn’t just digest this news properly.

Not only she tweeted or posted her this news to the media but also voiced it out in the Us Weekly’s “Watch With Us” Podcast. She says that it was a battle for her to keep this fact in and how it feels to get out.

“It’s been a 28-year battle for me. I wanted to set a standard because you can’t do that. There are so many teenagers and kids that commit suicide every year because they get outed inappropriately. Outing someone is not right and I want to set that standard …”

“I wanted to come out in the right way, I wanted to turn it into something positive so that viewers that are going through the same thing that I’ve gone through don’t have to go through it for 28 years.”

That was not the only news revealed on the podcast, she also disclosed about her current relationship. She went on about how she is dating an amazing person who couldn’t be any better.

“She’s a really great fit for me, and she’s really special to me.”

Previously, Negrotti dated her co-star Johnny Bananas casually which didn’t work out for them

The “dramas” in The Challenge

Not even 2 weeks of The Challenge episode has aired, it has been followed by lots of dramas. The Challengers in the show being paired up with their not-so-good friends to getting bullied, everything is messed up in the house.

Firstly, some women threw out Kaleigh’s luggage over the balcony after the rumor of Kaleigh kissing Johhny Bananas spread out. Not wanting to be a part of bullying in the show, Kaleigh decided to end her part from the show.

Then came the elimination in the very first episode followed by makeout sessions at night. If that’s what you call a show then this could be a BIGGER show. There was a fight between Kailah and Melissa including some scratches and lot more. Since the show doesn’t accept physical fights, it is said that the two may be out of the show but we are not sure so, we just have to wait for the next episode to air in order to find out!

Natalie (Mercedes) Negrotti is an American event co-ordinator turned Tv reality star. She is known for her appearance on the 18th season of Big Brother. She is currently a part of The Challenge: Final Reckoning. Before a TV star, she used to be an NFL cheerleader. 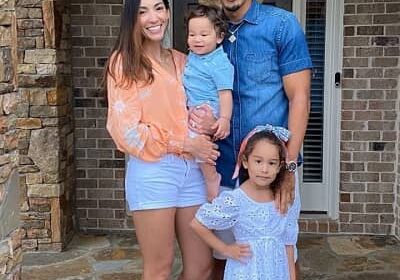 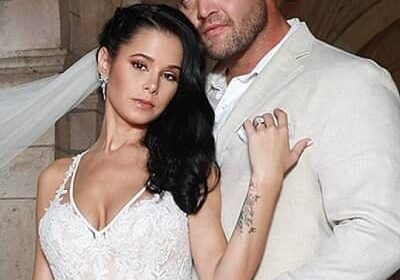