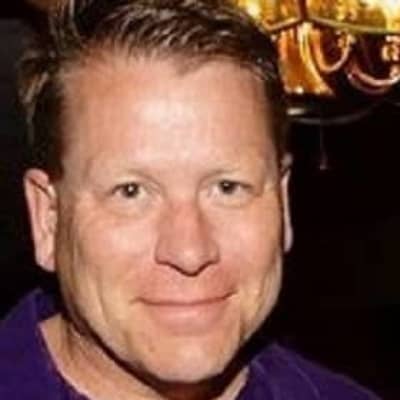 Bruce Bealke is openly gay. At present, he is possibly single.

Previously, he was married to Willam Belli. William is a model, actor, reality television personality, and youtube.

In the summer of 2002, the couple met for the first time when Bruce was in his early 40s while Willam was 19 years old. While they were dating, they had to face severe criticism that Willam is married to him for his money considering the massive age gap between them.

However, the couple exchange their vows on September 8, 2008. As of now, the couple has been separated but they hadn’t yet revealed the reason behind the separation.

Bruce Bealke came into the limelight of the media after marrying actor and model Willam Belli. He is a lawyer and a software developer by a profession.

Bruce hasn’t revealed much about his personal life including birth date, early life, and family background. As of now, he resides in West Hollywood, California, USA.

Talking about his academics, he completed his schooling in the state of Missouri. He then earned a degree in Journalism from the University of Missouri-Columbia. Similarly, he received a Doctor of Jurisprudence (J.D.) from the Saint Louis University School of Law in 1988.

His nationality is American and belongs to the Caucasian ethnicity.

Bruce is an entertainment attorney and worked for Shea Stokes & Carter. He is also the co-founder of the Nolitedolum company. Aside from this, he worked as the Chief Claim Officer for CPS/LitNeutral from 2005 to 2014. He served as the vice president of GJS Re for four years from June 2014 to November 2018.

Bruce invented the Computerized settlement method alongside his former boss, Lawrence Shea in 2003. Moreover, he appeared in the series When We Rise alongside Willam. His net worth is estimated to be around $1 million.

In late 2019, there were rumored that Bruce and William are not together. Regarding the rumors, William confirmed via his YouTube channel in the video titled, ‘Assumptions w/William‘ in September 2019 that they were separated and he is single.

Bruce has a brown pair of eyes and as well brown hair color. However, his exact height, weight, and other body stats are not available in the media.