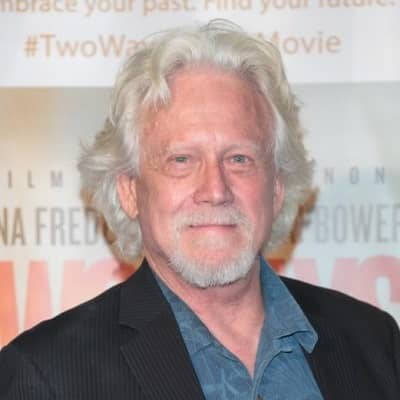 I spent my whole life figuring out how to get out of work. I would say I was intelligent, but intelligent in a very surreptitious, invisible way

Hollywood could use less instead of more of everything

A good actor is somebody who can be truthful and fascinating and interesting and enlightening.

What is the relationship of Bruce Davison?

Bruce Davison is currently married to Michele Correy. She is his second wife and they exchanged vows on 30 April 2006.

This couple together has a child. Their daughter Sophia Lucinda Davison was born in May 2009.

But this wedding ended with a divorce on 12 April 2006. Also, Bruce was married to actress Jess Walton from 1972 till 1973 and engaged to actress Karen Austin.

He was also secretly dating the late American actress and director Sondra Locke from 1969 till 1971.

Who is Bruce Davison?

Bruce Davison is an American actor who was seen in several TV series and movies. He is mostly known for his character of Senator Robert Kelly in X-Men movies.

His movie We Still Say Grace was released in Dec 2020.

He was born on 28 June 1946 in Philadelphia, Pennsylvania, the US. His father and his mother’s names are not disclosed. But they were separated in 1949.

Bruce’s ethnic background is a mix of English and Dutch.

Talking about academics, he attended Marple Newtown Senior High School and passed out in 1964.

Then, he enrolled at Penn State and gained his acting degree in 1969 from New York University‘s acting program.

But his character of David in the movie Longtime Companion (1989) got him fame. This led him to win Golden Globe Award for Best Supporting Actor also a nomination for Academy Award.

Bruce’s role of Howard Finnigan in Short Cuts (1993) has won Golden Globe Award for Best Ensemble Cast. His other recent big-screen titles are,

Bruce first landed a role in Insight (1970-1979). He then did the role of Capt. Wyler/Dep. Chief Wyler in Hunter, George in Harry and the Hendersons, Wyck in Seinfeld, and more.

He recently in 2019, was seen in a TV film Defrost: The Virtual Series and in the TV show Creepshow.

He has earned an estimated net worth of $1 Million as of 2022. The average salary received by him is unknown.

This veteran actor is keeping himself away from rumors and also not surrounded by any desperate scandals.

Regarding Bruce Davison’s body features, his height is 6 ft 1 inch and his body weight is average. In addition, he has green-colored eyes and his hair is grey.