Bruhitz_Kevin is currently possibly single. This young star has not revealed the details of his affair or girlfriend.

But the rumors of him dating Italia Gonzalez and Susie Barroeta were much talked about. 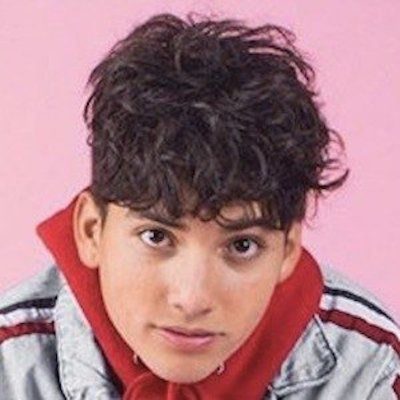 Also, his popularity in TikTok is increasing day by day. He started to use this platform when he was only 12 years young.

As a singer, he gave his fans his first single, Distractions, which came out on September 15, 2019.

He was born in 2004 in the United States and he celebrates his birthday on the 5th of June. His real name is John Kevin Salazar but the detail of his mother and his father’s identity is unknown

Further, his ancestry is Caucasian and has an older brother Steve Salazar plus a younger brother.

Bruhitz_Kevin is one of the popular content creators who is loved by watchers. His popularity on the TikTok account by posting creative lip-syncs made him a star.

It has gained a massive number of followers of more than 1.6 million with around 78.3 million likes.

As an influencer, he runs a YouTube channel titled on his famous name where he uploads mostly vlogs for his admirer. The channel was created in July 2019 and it has now over 12k subscribers.

Kevin is officially present on social sites such as Instagram with over 423k followers where he posts his own pictures in different poses. His post in the snow in San Antonio, Texas which was uploaded on 16 Feb 2021 is loved by the viewers.

By the 2022’s data, he has earned an estimated net worth of around $500 thousand. However, his yearly earnings from his web channels are not calculated.

He has promoted brands such as Drip Creationz, THE SAD SOCIETY, FashionNova Men, and FAIICE Clothing via his social accounts.

Bruhitz_Kevin’s height is 5 ft 7 inches and his body weight is average. Adding further, he has dark brown hair and has eyes in light brown color.