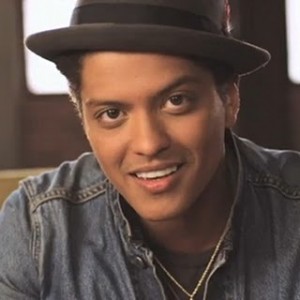 Music is not math. It's science. You keep mixing the stuff up until it blows up on you, or it becomes this incredible potion.

You can't knock on opportunity's door and not be ready.

There's always a bittersweet kind of thing, but I feel like everything had to work out the way it is. Everything that had to happen, happened.

Bruno Mars was once romantically linked with singer and actress, Rita Ora back in 2009. However, they separated in 20011 citing the reason to be too much work pressure. Before that, he was in the relationship with dancer and actress Chanel Malvar in 2007 which did not last long too.

From 2011, he was seen with an American model Jessica Caban. However, he has not publicly spoken about the alleged affairs with the Caban. Some of the posts of Caban on Instagram might give hint about the cozy relationship between the two of them. As for now, they are in romantically enjoying their love life secretly and sweetly.

Who is Bruno Mars?

Bruno Mars is an American singer, songwriter, record producer who is best known for his hit singles like  “Nothin’ on You,” “Just the Way You Are,” “Locked Out of Heaven,” and “Uptown Funk”. Furthermore, he has 11 Grammy Awards to his name and his albums and singles have been sold out millions of copies till date.

Talking about his education he was enrolled at President Theodore Roosevelt High School where he completed his graduation in 2003. During his school days, he performs for the group called ‘The School Boys’.

Mars musical career started when he was signed by Motown Records in 2004 which later turned out to be fruitless. After that in 2006, he was signed by Atlantic Records from where his career took off. From his debut album ‘Doo-Wops & Hooligan’, the single “Just The Way You Are” peaked at No. 1 on the Billboard Hot 100 and won his first Grammy award for the song. Before, this he has featured as a guest vocalist for the hit singles for B.o.B’s “Nothin’ on You” and Travie McCoy’s “Billionaire”.

Later, his stardom goes on rising with hit single ‘Locked Out of Heaven’ from the album “Unorthodox Jukebox” in 2012. This single remains in Billboard Hot 100’s top list for six consecutive weeks. This was followed by his third studio album called 24k Magic which includes hit singles like ‘That’s What I Like’, and ‘Uptown Funk’. This album swept all the nominated six Grammy award including Record of the Year, Album of the Year and Song of the Year.

Talking about his awards and accolades, he has 11 Grammy Awards to his name along with three Brit Awards,  three Guinness World Record and many others. Furthermore, he has an estimated net worth of $105 million.

Back in 2010, he was arrested for cocaine possession in Las Vegas which he later claimed that he had never used drugs before and nor he own the illegal substances. Unfortunately, he got penalized and paid $2 thousand and 200 o’clock public works.

Mars stands 5 feet and 5 inches tall and weighs around 67 kg. His hair and eyes both are dark browns in color. Furthermore, he fits in 9 US size shoe and has 44 inches chest, 33 inches waist, and 15 inches biceps.