Bryan Alvarez is an American wrestler as well as a host.  He is married to Whitney Neugebauer and is the father of two kids.

Bryan Alvarez is a married man. He exchanged vows with Whitney Neugebauer. The couple married on July 31, 2010. 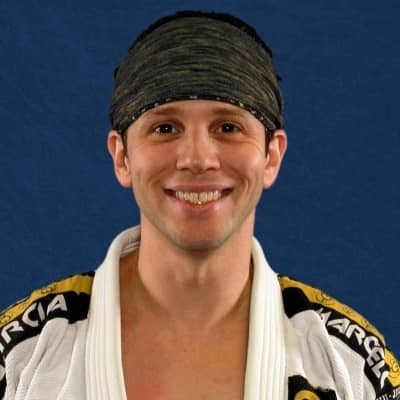 Who is Bryan Alvarez?

Bryan Alvarez is an American wrestler as well as a host.  He was also a writer and publisher of the Figure Four Weekly newsletter.

In addition, he is with the Gracie Jiu-Jitsu program as the head instructor.

The wrestler was born on June 12, 1975, in Bothell, Washington, the United States. There are no details about his father and mother.

He belongs to American nationality and is of Caucasian ethnicity.

Talking about his education, he studied at Bothell High School, which is located in Bothell, Washington, United States.

Bryan Alvarez started wrestling in 1998 but before he opened a wrestling promotion called Youth Wrestling Foundation. It was set in his backyard along with his friend that ran from 1993 till 1995.

He has fought with wrestlers such as Larry Sweeney, Ted “The Trailer” McNaler, Mike Santiago, Christopher Ryseck, and more. He sadly injured his body like, in 2008, he suffered a back injury and recovered in 2009.

As an author, he co-wrote The Death of WCW in 2005 and 100 Things WWE Fans Should Know & Do Before They Die in 2019. Further, he once worked as a columnist for Fighting Spirit, a wrestling and MMA magazine.

Bryan also hosted a 900-number wrestling hotline for Figure Four Weekly and Meltzer. Further, he was the speaker of a podcast named After Dark. In his, he talked about science and technology, UFOs, cryptozoology, and the paranormal.

Being one of the successful personalities, his net worth is said to be $10 million as of 2022. Other information regarding his cars and salary is not available.

This talented martial artist and wrestler haven’t been surrounded by any huge rumors or scandals.