Who is Bryan Batt's wife?

Bryan Batt is gay and is married to his husband Tom Cianfichi, an event planner on September 28, 2014.

His partner owns a home decor and furnishings store, Hazelnut, on Magazine Street in New Orleans, Louisiana, United States. The two have no children till now let’s see if they adopt one. 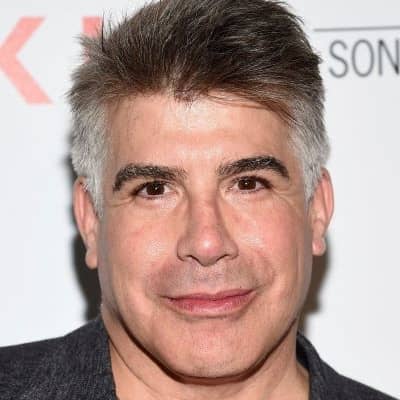 Who is Bryan Batt?

Bryan Batt is an American actor renowned as Salvatore Romano in the AMC series Mad Men. Batt is recently spotlighted for his role as Buddy Bisk in the upcoming movie American Reject. He has also worked on the 2022 Off-Broadway Theatre To My Girls as Bernie.

Bryan Batt was born on March 1, 1963, in New Orleans, Louisiana, the U.S. under the birth sign Pisces. The 59-year-old actor has Caucasian ethnicity and American ethnicity.

Batt is the son of his mother Gayle (Mackenroth) who is an amateur actress, dancer, and civic activist while his father is John Batt. His family is the founder of the Pontchartrain Beach amusement park.

Regarding education, Bryan is an alumnus of Tulane University, where he was a member of the Delta Kappa Epsilon fraternity. Prior to that, he attended and graduated from Isidore Newman School (a preparatory school in New Orleans).

In 2010, Batt published a memoir about his mother entitled She Ain’t Heavy, She’s My Mother. She died in December 2010. In 2011, he published a second book, Big, Easy, Style, which focuses on interior design and home furnishings.

To begin his career, Batt has won 2 Screen Actors Guild Awards and one nomination for his work on Mad Men. He has previously won the 1999 Drama Desk Awards.

He portrayed Antony Eagleton in the 202o TV series The Blacklist and other series like EastSiders, Tales of the City, The Simpsons, NCIS: New Orleans, NCIS, Scream, Ugly Betty.

Likewise, he has starred as Orry-Kelly in The Last of Robin Hood (2013), with stars such as John Hudson Messerall, Brian Bascle, Susan Sarandon, and Dakota Fanning.

Bryan Batt’s performance in the musical adaptation of Saturday Night Fever got him the honor of caricature at Sardi.

Meanwhile, his broadway theatres are Cats, Starlight Express, Joseph and the Amazing Technicolor Dreamcoat, Sunset Boulevard, and Beauty and the Beast.

As an author, Batt first published a memoir about his mother entitled She Ain’t Heavy, She’s My Mother. Later in 2011, he came up with Big, Easy, Style, which focuses on interior design and home furnishings

The estimated net worth of actor Bryan Batt is $3 million, which he garnered from his successful acting career. Meanwhile, the wiki of his salary, luxuries, cars, and brands are being updated.

Batt has maintained a clean profile among the public apart from the rumors and controversies. He stays away from unnecessary engagements that impact his personal and professional out fronts.

Batt stands 5 feet and 10 inches tall and weighs around 85 kg. He has a well-built faie]r muscular body with brown hair and brown eyes. He has a chest size of 42 inches but his dress and shoe size are not known.

Bryan Batt is an avid Instagram user who keeps updating about his life to his 17.5k followers with the username @bryan_batt. He also is active on Twitter with 4k followers and 4k followers on Facebook. Other than that, he is unavailable on TikTok and YouTube.