Bryan Cranston has been married twice in his life. His first wife was Mickey Middleton. They got married in November 1977 and divorced in April 1982. After that, he got married for the second time on 8 July 1989, with the famous American actress Robin Dearden. The couple first met on the set of the show Airwolf in 1984. The couple had their first daughter, Taylor Dearden in 1993. Bryan and Robin have been married for 28 years now and their relationship is still going very well. He is living a happy life with his wife and daughter. 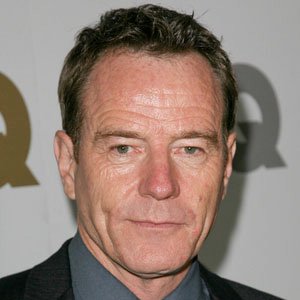 With craziness, you can't predict it. There's very little defense you can have on craziness

Love is not as important as good health. You cannot be in love if you're not healthy. You can't appreciate it

You get addicted to emotions. Our endorphins kick in and it's like a high. On the low end you might love roller coasters. On the high end you might be a bank robber or something.

Who is Bryan Cranston?

Bryan Cranston is an American actor, voice actor, screenwriter, director, and producer. He is best known for portraying Walter White on the AMC crime drama series Breaking Bad from 2008 to 2013. He is also popular for his roles as Hal on the Fox comedy series Malcolm in the Middle, and Dr. Tim Whatley in five episodes of the NBC comedy series Seinfeld.

Bryan Cranston was born as Bryan Lee Cranston on 7 March 1956, in Hollywood, California, USA. Bryan is an American by nationality and he is of Ashkenazi Jewish, German, and Irish ethnicity.

His parents are Audrey Peggy, a radio actress, and Joseph Louis, a former amateur boxer, and actor. He is the second of three children. His father died in 2014.

He graduated from Canoga Park High School. After that, he earned an associate’s degree in police science from Los Angeles Valley College in 1976.

Bryan has been an active member in the industry since 1980. After college, he began his acting career in local and regional theaters. Shortly, he started working regularly in the late 1980s, mostly doing minor roles and advertisements.

He was an original cast member of the ABC soap opera Loving, in which he played Douglas Donovan from 1983 to 1985. Since then, she has appeared in numerous movies and TV films. Bryan voiced English-language dubs in several Japanese animation titles including Armitage III, Royal Space Force – The Wings of Honneamise, and Macross Plus.

From 2008 to 2013, Cranston played the character Walter White on the AMC crime drama series Breaking Bad. For his portrayal in the series, he won the Critics’ Choice Television Awards for Best Actor in a Drama Series twice in 2012 and 2013. He also won two Golden Globe Awards for his role in the same series. He was getting paid $225 for each episode of Breaking Bad. In 2015, Cranston starred as screenwriter Dalton Trumbo in the biopic Trumbo, for which he received his first Academy Award nomination.

Bryan Cranston: Salary and Net Worth

There is no rumor of his extra-marital affair at the present time. Bryan was criticized for offending gay actor David Yost before he publicly came out as gay. He made ill-advised crack jokes about his sexuality, for which many of his fans and other people criticized him. He later apologized for his statements.

Bryan Cranston has a height of 5 feet 10.5 inches. His body weighs 76kg. Furthermore, his other body measurement is not known.

Scarlett Johansson faces backlash for her comments against Hollywood diversity! She is not in favor of restrictions in the field of art!