Actor Bryan Greenberg is married and a father of twins. 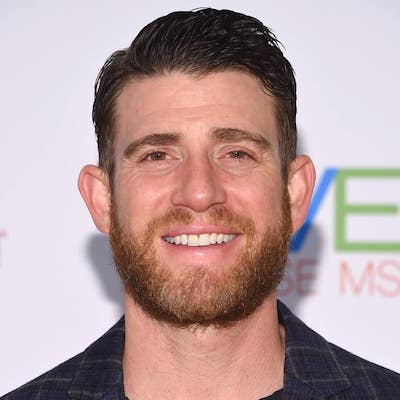 I got the acting bug really young, when I was around, like, 10. I pretty much just wanted to be Michael J. Fox. He was in 'Teen Wolf' - that was, like, the coolest role, and then he did 'Back to the Future,' and that was the coolest role

I was a caddy once and I lost the golfer's clubs. Plus I don't know how to golf, so I was the worst caddy ever. Then I was a mortgage brokers assistant, so that was just carrying around a lot of files - pretty meaningless, mind-numbing work

I've got a lot of artistic energy, but there's only so much of it, though. You don't want to spread yourself thin.

This couple met each other in 2012 and started to date each other. After a year only, they took their affair to next level and got engaged.

Their wedding was held in El Capitan Canyon resort, California which was a three-day celebration. The welcome dinner was organized on Halloween Eve where every guest was seen wearing costumes.

Who is Bryan Greenberg?

Bryan Greenberg is a popular American singer and actor. He is popular for his acting skills in One Tree Hill, October Road, Friends with Benefits, and more.

His movie The Mental State where he played Dylan Cady is completed and will hit the screen soon.

His birthdate is 24 May 1978 and he was born in Omaha, Nebraska, the US as Bryan E. Greenberg. The name of his mother is Carl Greenberg and his father is Denise Greenberg.

Bryan’s ancestry is Jewish and regarding his academics, he graduated from Parkway Central High School.

Then in 2000, from Tisch School of the Arts, he received his Bachelor of Fine Arts in Theatre.

Bryan Greenberg is a popular face of the entertainment world who has appeared in several TV plus movies. Also, as a singer, his released albums are titled Waiting For Now (2007) plus We Don’t Have Forever (2011).

His third album came out in 2015 named Everything Changes and after four years, he gave his fans an EP The 36 Hour.

By the reports of 2021, he has accumulated a net worth of around $3 million US. The annual salary from his acting journey is behind the curtain.

This One Tree Hill famed actor is keeping himself away from rumors and desperate scandals.

Bryan Greenberg’s height is 6 ft and his body weight is average. Moreover, he has brown eyes and his hair is in dark brown color.

Also, he owns a YouTube channel that is subscribed to by around 2.5k people.