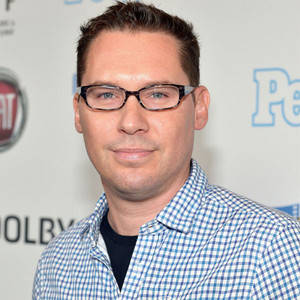 I identify with Superman. I am adopted, I am an only child, and I love the idea that he comes from another world, that he's the ultimate immigrant. He has all these extraordinary powers, and he has a righteousness about him

'Superman' has always been about Lois Lane, Superman and Clark Kent and this love triangle between these three people who really are only two people

I love filmmaking, and I love the process. And I would rather do nothing else. It's a privilege to be able to paint such big pictures, so to speak.

Tall and handsome, singer is an unmarried person and openly a bisexual. He was dating actress Michelle Clunie since 2014 and has welcomed their first son, Dashiell Julius William Clunie-Singer, on January 5, 2015. Singer is not associated with any other affair status and divorce case. Currently, he staying happily with his girlfriend and son and resides in New York.

Who is Bryan Singer?

Bryan Singer is an American writer, actor, film director, and producer. He is extremely prominent as a founder of film production company “Bad Hat Harry Productions”. He has made a respectable position in American entertainment field and has earned more fame and fans.

Bryan singer was born to American parents on September 17, 1965, in New York City, U.S.A. His nationality is American and belongs to North American ethnicity.

He was adopted by an environmental activist Grace Sinden and Norbert Dave Singer and was raised with them. He was highly interested in entertainment field from the very early age.

Concerning about his educational background, he attended West Windsor-Plainsboro High School South and graduated in 1984. Pursuing his dream, later on, he attended New York’s School of Visual Arts and studied filmmaking for two years and afterward transferred to USC School of Cinematic Arts located in Los Angles.

After graduation from USC School of Cinematic Arts, Singer directed a short film “Lions Dog” along with his friends. After making this short film he was associated with Japanese Company that funded the low budget film and Singer directed another film “Public Actress” (1998). After directing several films, he also attracted towards T.V field and directed T.V series House (2004-2012) where he was producer and actor too. Some of his successful films include “X-Men: Apocalypse” (2016), “X-Men: Days of Future Past” (2014), “Superman Returns” (2006), “X-Men” (2000) etc. He is also a producer of web series “H+: The Digital Series”.

Bryan Singer: Salary and Net Worth

Bryan has earned huge amount of money from entertainment field and has estimated net worth of $100 Million. Furthermore, there are no details on his salary.

As a filmmaker and being bisexual, Singer often used to be a topic of rumor on social sites. Producer Gary Goddard and Singer were once accused of sexually assaulting “John Doe No. 117. It is said that they met the man for sex and both of them involved in gender violence. Being a minor character, a case against Singer was dismissed; however, Goddard case is still active.

Bryan has the height of 5 feet 11 inches. His body weighs 82kg. He has brown hair and blue eyes.