Updated On November 15, 2022 | Published By: Eric Jones
Share this
Married 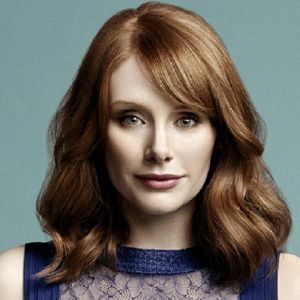 It is powerful idea to have the wisdom to know the difference between what you can control and what you can't.

When I work on a film, I always tend to relate to the crew.

I've learned to think in terms of having a long career. Actors can have very long careers that last until the day we die, but there will be moments when you'll feel like you're a failure or when you're disappointed in yourself.

What is the relationship of Bryce Dallas?

Bryce Dallas is married to Seth Gabel on June 17, 2006, in Greenwich, Connecticut. Seth is a very popular actor.

The couple is happily married with two children of different gender Theodore Norman Howard born in 2007 and Beatrice Jean Howard-Gabel born in 2012.

Bryce and Seth had a long-term relationship before they got hitched. They started dating in 2001 and they met for the first time at New York University.

There is no record of any affairs or relationship with Bryce Dallas prior to her marriage. Neither does she have an extra-marital affair.

Who is Bryce Dallas?

Bryce Dallas is a director, writer as well as a renowned actress famous for her role in Twilight Saga, Terminator Salvation, and Jurassic World. She is currently involved in her project Jurassic World: Fallen Kingdom.

Bryce was born in Los Angeles, California, the U.S.A. on March 2, 1981, as Bryce Dallas Howard to German, English, Scottish, and Irish ancestry.

Her father, Ron Howard is an Oscar Winner Director, and her mother Cheryl Howard an actress and writer. Moreover, she has a godfather, Henry Winkler.

Bryce has two twin sisters Jocelyn and Paige and a brother Reed Howard. Paige Howard is also an American actress.

Bryce belongs to a family involved in media. Her uncle, Clint Howard is a comedian. Whereas, her grandparents, Rance Howard and Jean Speegle Howard were great actors of their time.

Bryce started her education at Greenwich Country Day School and then attended Byram Hills High School to finish her graduation. She was a laborious student at the school.

After her graduation, she went to Tisch School of the Arts at New York University to complete Drama as her major in 2003.

During her schooling, she took part in the concept recording of the Broadway-bound musical A Tale of Two Cities.

Currently, Bryce Dallas is busy with projects Jurassic World: the Fallen Kingdom a sequel to the movie series Jurassic World. Before that, she has seen in Black Mirror an anthology series.

Bryce was seen in the movie Book of Love which was her debut film in 2004 but didn’t work well with critics. Her movie The Village had her major role which was very much praised by the Critics. Bryce also worked in the second sequel to the series Dogville.

In 2006 she wrote and directed Orchids, a short film related to Glamour Magazine. Her other film which took her fame to heights was Terminator Salvation where she played the role of Kate Connor was a great success and her role was very much admired by the audience.

Her lead role in The Loss of a Teardrop Diamond gained negative reception. In 2010 she got another box office hit as” Hereafter” where she played the role of Melanie.

In 2011, Bryce launched her as a director and producer. “Restless” was her first co-produced movie with her father. She also co-wrote and directed the movie The Originals which was very much cheered by the audience.

In 2015, she played another lead role in Jurassic World as Claire. Currently, she is busy with its sequel Jurassic World: Fallen Kingdom.

MTV Movie Award selected her in the Best Fight category for the movie The Twilight Saga: Eclipse and she won in that category.

Bryce is a high-paid actress who charges a very high rate for her acting. She receives around $1 million per movie. This led her to a total net worth of $25 million.

There was once a rumor that Bryce and Christ Pratt had a quarrel between them but Bryce and Chris both denied the report. She also posted on Twitter that there is nothing wrong with them.

While promoting her work Bryce looked ahead to Jurassic World 2, and back on the high-heels controversy, and reflected: That’s the spirit. Don’t run from the joke. Embrace it! Own it.

Bryce Dallas stands with a height of 5 feet and 7 inches and with 63 kg weight. She has an attractive Voluptuous body structure with 35-24-36 inches body figure.

She wears size 6 dresses and size 10 slippers. Her hair color is red and has grey eyes.

Bryce has a huge fan following on her Facebook profile.