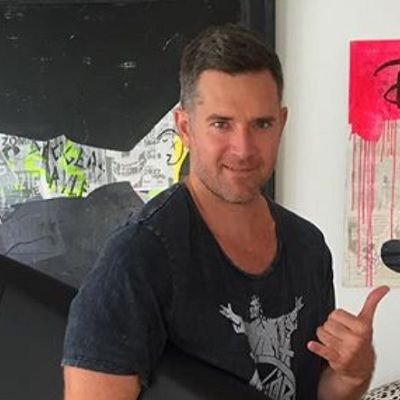 I think that’s a perfect way to describe it, a soap opera. I tend to have a bit of an old school Constitutionalist mentality when it comes to government, so the recent crops of corporate Politicians from both the left and right are very far from representing any of my views. It’s pretty hard for me to engage in the whole puppet show, so I tend to sit back and appreciate the whole thing for entertainment value.

Bryden Lando is happily married to Stephanie Lynn. They eloped on 27th August 2018. Bryden made an official about their marriage on 29th August 2018 with an Instagram post.

They recently gave welcomed their first child Maximus Paul Lando on 4th February 2020. Maximus was born 5 weeks before his due date. But he is healthy and normal.

He lives in Venice Beach, California with his family.

Who is Bryden Lando?

Bryden Lando was born on 12th December. But the year of his birth is unknown. He is from Kihei, Hawaii and grew up in Maui, Hawaii.

When he was young, he had an interest in arts and began painting and illustrating. Lando has not disclosed his parents, siblings, and education.

Bryden is inspired by music, film, designers, and photographers rather than painters. Some of his favorites are William Blake, Tadanori Yokoo, Egon Schiele, John Galliano, Hemingway, Tim Walker, and Stanley Kubrick.

Bryden is a Los Angeles based artist and creative director. Since the year 2005, he has built, operated and designed multiple premium clothing brands and his private label manufacturing business.

Similarly, he has worked under his own boutique design company specializing in branding, consulting, creative direction, producing content and more eclectic clientele.

In his career, he has developed an unmistakable style and aesthetic. He has been working in the field for more than fifteen years.

Similarly, he started Drones Clothing from June 2013. It is a limited capsule clothing collection designed and manufactured in Venice Beach, California.

He is the owner of Drones Clothing. Lando makes a decent amount of money from his career.

Bryden is doing well in his career. He has not been part of any big rumor and controversy in his professional and personal life.

Lando has brown hair and grey eyes. He has a decent height and weight.

He also has a Linkedin profile.