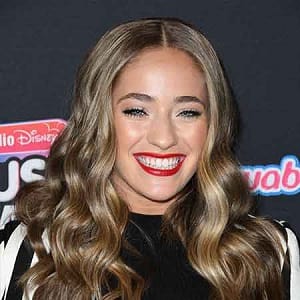 Brynn Cartelli has not revealed information about her personal life. There are no records available about her past relationships. At present, she is believed to be single.

Who is Brynn Cartelli?

Brynn Cartelli is an American singer. People mostly know her as the winner of season 14 of the American talent competition ‘The Voice.’

Additionally, she became the youngest person to win the competition in the show’s history at the age of 15.

Cartelli was born in Longmeadow, Massachusetts on April 16, 2003. She was born to parents Damon Cartelli and Deb Cartelli. Additionally, she has a younger brother named Jack Cartelli.

Brynn became interested in the world of music from an early age and began playing the piano when she was five. She is of American nationality. Furthermore, there are no details available about her ethnic background at present.

Talking about her education, Cartelli attended Williams Middle School. In addition, she also got enrolled at Longmeadow High School.

Brynn Cartelli initially took voice lessons in her middle school. After years of hard work and determination, she began performing at a restaurant on Jetties Beach in Nantucket in 2016. After a bartender posted a video of her playing to Facebook, the video went viral and hence caught the eye of the producers with ‘The Voice.’ Additionally, she later auditioned in 2018 to compete in the fourteenth season of ‘The Voice.’

Cartelli chose Kelly Clarkson as her celebrity coach. Throughout the show, she performed songs including ‘Beneath Your Beautiful’, ‘Unstoppable’, ‘Up to the Mountain’, ‘Yoü and I’, and ‘Fix You’ among others.

After winning the competition, Cartelli received a prize of $100,000. Furthermore, she received a record deal with Universal Music Group. In December 2018, she signed with Atlantic Records.

Cartelli received the nomination for People’s Choice Awards in 2018.

Cartelli has not revealed her current salary. In addition, there are no details available about her net worth.

Cartelli’s winning the ‘Voice’ was controversial. People suggested that she should not have won the competition at such a young age. Furthermore, other people were supportive of her win. At present, there are no rumors concerning Cartelli and her career.

Talking about her body measurement, Brynn Cartelli has a height of 5 feet 4 inches (1.62 m). Additionally, she weighs around 50 kg or 110 pounds.

Furthermore, her natural hair color is dark brown and her eye color is blue.