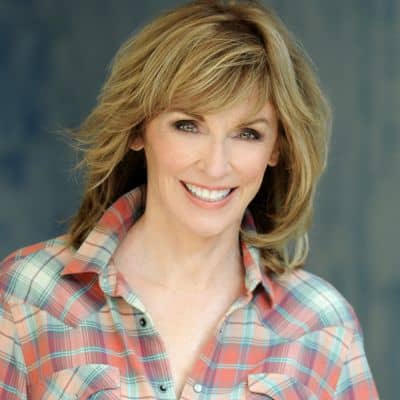 Talking about her love life, Brynn Thayer is in a married relationship with David Steinberg. David is a producer and writer by profession. The couple tied the knot in 1994. They live together without any sign of controversy or separation.

However, the duo does not have any children at all. Previously, the star was married to Gerald Anthony. Gerald is a named American actor. The former duo tied the knot in November 1981. Shortly, they separated in 1983.

Earlier, Thayer was married to Hugh Robertson on 30 January 1971. Their relationship lasted for two years and was divorced on 27 April 1973.

Who is Brynn Thayer?

Brynn Thayer is a well-recognized American actress and television personality. Thayer is widely famed for her role as Jenny Wolek on the television soap opera One Life to Live which earned her a Daytime Emmy Award nomination.

Moreover, she was also featured in the lead role in the medical drama series, Island Son.

Brynn Thayer was born on 4 October 1949. At present, her age is 71 years old. Likewise, her birthplace is Dallas, Texas, the USA.

Brynn is the daughter of her father, William Paul Thayer whereas her mother is Margery Thayer. His dad is a former naval officer and business executive.

Talking about her nationality, Thayer holds an American identity whereas her ethnicity is Caucasian.

Professionally, Brynn began gaining popularity in 1978 after she portraying Jenny Wolek in the famous TV series, One Life to Live. The star featured in the lead role for a total of eight years. Thayer bagged a nomination for a Daytime Emmy Award for Outstanding Supporting Actress.

Moreover, the actress featured in the main role in the 1988 action film, Hero and the Terror. It was directed by William Tannen. However, the film was met with negative reviews from critics. Thayer also featured in an important role in the TV series, Pensacola: Wings of Gold. It premiered from 1997 to 2000.

Over the next few years, she emerged as a guest actress in several TV shows such as ‘Moonlighting’, ‘Murder, She Wrote ‘, ‘Diagnosis: Murder’, ‘Without A Trace’, and ‘How to Get Away with Murder ‘.

A talented American star, Brynn has earned a handsome amount of money. Her main source of income is from the acting industry.

It is reported that Brynn Thayer has an estimated net worth of $1 million. Likewise, her average salary is nearly $50-$80 thousand per year.

Brynn has never been part of any controversial matter or rumors till now. The star has been preoccupied with her professional and private life.

It seems that Thayer prefers enjoying her personal life and does not want to merge it with her professional life.

71 years old star, Brynn has gorgeous looks and an admirable personality. She stands at a height of 5 feet 7 inches. Also, she has a balanced body weight of 62 kg.

Furthermore, Thayer has green eyes whereas her hair is blonde. Her body measurement is 33-25-35 inches(chest-waist-hip) respectively.

Regarding her social media presence, Brynn Thayer is not an active personality on social media.