Bryshere Y. Gray is an actor/rapper who was seen in ‘Empire’. He is believed to be single. 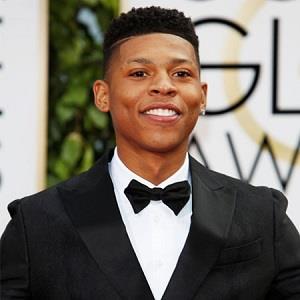 What is the relationship of Bryshere Y. Gray?

Bryshere Y. Gray was reported to be dating Philadelphia-based singer Allonie Janet in 2015. The pair had been dating for quite some time. Going by their social media activity, it can be assumed that they decided to go separate ways by the latter half of 2015.

In March 2017, Bryshere was reported to be dating model and actress, Jhonni Blaze after they were spotted by the fans on a date at Disneyland. Furthermore, he also dated American Model Ayana Charm for a brief amount of time. At present, he is believed to be single.

Who is Bryshere Y. Gray?

Bryshere Y. Gray also known by the stage name Yazz The Greatest or simply Yazz is an American actor and rapper. He played the role of Hakeem Lyon in the Fox primetime musical drama television series ‘Empire’. Additionally, he also portrayed Michael Bivins in the 2017 BET miniseries ‘The New Edition Story.

Gray was born in Philadelphia, Pennsylvania, on November 28, 1993, to their mother Andria Mayberry. Additionally, he has one sister. Throughout his childhood years, he was raised by a single mother in West Philadelphia. He is of American nationality. Furthermore, he belongs to an African-American ethnic background.

Talking about his education, Gray played football at Overbrook High School, but he switched to music after getting injured when he was 16 years old.

Gray had a big break in his career after he landed the part of Hakeem Lyon, a hip-hop performer and the youngest son of music mogul Lucious Lyon on ‘Empire’. Additionally, he has contributed several songs to the series soundtrack, including ‘Drip Drop’ and ‘Power of the Empire’. Furthermore, he also appeared in ‘The New Edition Story’ in 2017.

Gray garnered the BET Awards nomination in 2017 for the best actor. Additionally, he has also garnered the NAACP Image Awards two times. Furthermore, he has 3 nominations to his name in the Teen Choice Awards.

Gray has not revealed his current salary. However, at present, he has an estimated net worth of around $ 2 million as of 2022.

Gray was involved in a fake death hoax rumor in 2015. Furthermore, he has not been involved in any notable controversies to date.

Talking about his body measurement, Gray has a height of 5 feet 8 inches or 173 cm. Additionally, he weighs around 71 kg or 156.5 lbs. Furthermore, his hair color is black and his eye color is dark brown.

Also get to know more about the birth facts, education, career, net worth, rumors, height, and social media of different personalities like Orlando Brown, Carlon Jeffery, and Mahershala Ali.