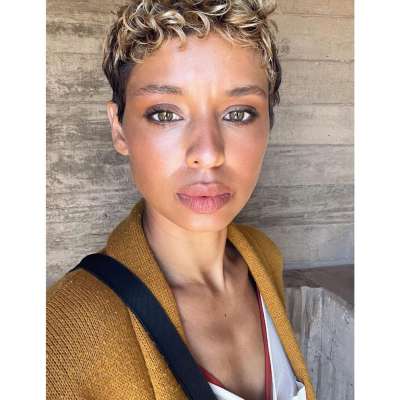 Talking about relationship status, Brytni Sarpy is in a love relationship with Bryton James. Bryton is a well-named American actor, voice artist, and singer. The couple started dating each other in May 2019.

The couple lives together and loves hiking. Previously, she was supposed to be dating American rapper and singer, Big Sean for some time. However, none of them confirmed it officially.

Brytni Melicia Sarpy, popularly known as Brytni Sarpy is a well-recognized American actress. Sarpy is widely famed for her role on The Young and the Restless (1973), Truth or Dare (2017), and General Hospital (1963).

Moreover, she gained fame after her portrayal of Valerie Spencer on the ABC network soap opera General Hospital.

Brytni Sarpy was born on 21 September 1987. At present, her age is 33 years old. Likewise, her birthplace is Los Angeles County, Southern California, the USA.

Brytni is the daughter of her father, Mel Sarpy whereas her mother is Kim. She was raised by her father after the separation of her parents at the age of 6. Moreover, she has a half-brother as well named Aiden from her dad’s side. Apart from this, the star has got two half brothers and a half-sister from her mother’s side as well.

Talking about her nationality, Sarpy holds an American identity whereas her ethnicity is Creole(French, Italian, African American, Apache, Cherokee Indian, and Filipino).

Regarding education, the star studied for her higher degree in Upland. Brytni took her graduation degree from the University of California, Santa Barbara, and completed 2008 a Bachelor of Fine Arts degree.

In the beginning, Brytni Sarpy began working in theater as she emerged in many main stages and local productions. She earned critical acclaim for her dramatic range and comedic timing. Presently, she resides in Los Angeles and represents Pantheon Agency for theater and Vision Talent and CESD for commercial and print work.

Till now, Sarpy has emerged in commercials and print works for Nike, Yahoo!, AT&T, New Balance, and so on. She featured along with Jamie Lee Curtis and Sigourney Weaver in You Again in 2010. Additionally, Brytni auditioned for the NBC soap opera, Days of our Lives. She then won the contract role of Valerie Spencer and made her debut on 20 March 2015.

The actress was then set to anchor the new reality show titled, The Pitch Room in March 2016. Later on the same year in December, Brytni dropped from the series to work at General Hospital. Moreover, she featured along with Heather Langenkamp in Truth or Dare.

Further, Sarpy was the regular member of Elena Dawson on The Young and the Restless in February 2010. She mentioned that she has also reserved the recurring character on the new season of The Haves and the Have Nots in March 2019.

Talented personality, Brytni has earned handsome money from her profession. She has been active in her profession from 2008 till now.

It is reported that Brytni Sarpy has an estimated net worth of $1 million.

Brytni has openly confessed her anxiety as well as depression on World Mental Health Day on 10 October 2018.

Other than that, she has never been part of any controversial matter or rumors till now. Sarpy has maintained a balance between her personal and professional life.

It seems that the actress favors enjoying her personal life and does not want to merge it with her professional life.

33 years old actress, Brytni Sarpy has gorgeous looks as well as a charming personality. She stands at a height of 5 feet 5 inches. Also, she has a balanced bodyweight of 66 kg.

Furthermore, Sarpy has blue eyes whereas her hair is brown. Her body measurement is 34-22-34 inches(chest- waist- hip) respectively.

About her social media presence, Brytni Sarpy is an active personality on social media. Sarpy has more than 66.2k followers on her official Instagram account @brytni.

She is also active on Twitter with around 16.8k followers.

Moreover, Sarpy is also available on Facebook with nearly 8.9k fans and supporters.