Budda Baker is an American football player who is active in the professional game since 2017. He is best known as the player for the Arizona Cardinals of the National Football League (NFL). He plays the safety position. He is in a relationship with Sierra Shugarts.

Contemplating an individual presence of Budd Baker, he is in a relationship. His girlfriend’s name is Sierra Shugarts. She is his fan. He is seen with her in public places and on their social media handle, their messages to each other are so romantically cute. 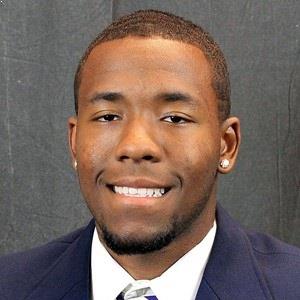 Who is Budda Baker?

Budda Baker is an American football player who is active in the professional game since 2017. He is best known as the player for the Arizona Cardinals of the National Football League (NFL). He plays the safety position.

American footballer Baker was born and raised in Bellevue, Washington. He was born on 10 January 1996 and named as Bishard “Budda” Baker. He is of African American ethnicity and has an American nationality.

There isn’t much information regarding his early life and childhood. Baker studied at Bellevue High School in Bellevue, Washington where he was named the Seattle Times High School Athlete of the Year. He preferred to join the  University of Oregon but flipped to the University of Washington the night before National Signing Day.

He was named a Freshman All-American by USA Today. He made a decision to forego his senior season and enter the 2017 NFL Draft. He stands 1. 78 m tall and weighs 88 kg.

Talking about the career journey of Budda Baker, he is active in the professional football games since 2017 and he is still active in it. The majority of NFL draft experts and analysts projected him to be a second-round pick. Although he has an outstanding skill in games, many teams were concerned over his lack of size and how that would affect his ability to play in the NFL.

He was selected by the Arizona Cardinals in the second round (36th overall) of the 2017 NFL Draft. On 25 May 2017, he signed a four-year contract with the team Cardinals worth $6.83 million contracts with $3.88 million guaranteed and a signing bonus of $3.10 million. Since then he is playing for the team Arizona Cardinals and he hasn’t been traded to any other teams.

Baker was ranked the Nickelback available in the draft by NFL analyst Mike Mayock, the second best free safety by NFLDraftScout.com, and the fourth best safety in the draft by Sports Illustrated and ESPN. His success in career path has paid him well financially. His net worth varies depending on various sources so for now, we can say that his net worth has grown significantly.

He was criticized for his potential at an early age in NFL.

He has a height of 5 feet 10 inches with a body weight 88 kg. He has black hair color and dark brown eye color.