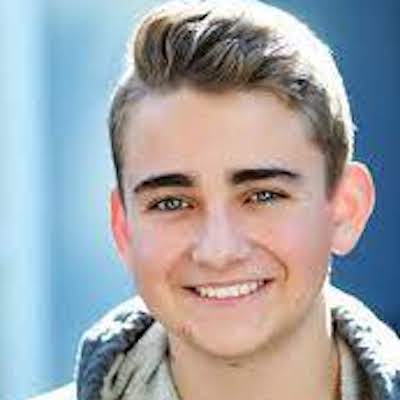 Buddy Handleson’s relationship status is taken. He came out as gay in the year 2007 by posting. post on Instagram.

At the same time, he also announced that he is dating a guy named Logan Quintana.

Buddy Handleson is an American actor. He is popular for appearing in projects such as Bella and the Bulldogs (2015), Wendell and Vinnie (2013), and Shake It Up (2010).

He portrayed the main role of Gerald in an episode of Sydney to the Max (2019).

His birthdate is 01 Nov 1999 and he was born in Danville, California, the United States as Buddy McKnox Handleson. The name of his mother is Atnena Handleson and his father is Jay Handleson.

Buddy’s ancestry is Scottish-Greek and has an older sister Brooke Melody Handleson who is a Cheerleader. His half-sister’s name is Amanda Handleson Terpstra.

As per his academics, he attended Vista Grande and John F. Baldwin Elementary Schools. Later he enrolled at Venture School.

Buddy Handleson as an actor is very successful and has been featured in several TV shows and movies. He first started his acting career with Hannah Montana (TV Series) as a Boy in 2009.

He had brief roles in TV shows like Trauman, ‘Til Death, Sons of Tucson, Nicky, Ricky, Dicky, & Dawn, Sydney To The Max, Mr. Sunshine, etc.

Buddy’s debut movie was Coming & Going in 2011 as Christopher Crump. He was also seen as Vinny in 2014’s film Little Savages.

He collected a net worth of around $1.5 million US as of 2021. But the salary he receives from his career is unknown.

This Shake It Up famed actor is keeping himself away from rumors and desperate scandals.

Buddy Handleson’s height is 5 ft 4 inches and his body weight is 55 kg. Similarly, his eyes are blue plus his hair color is blonde.