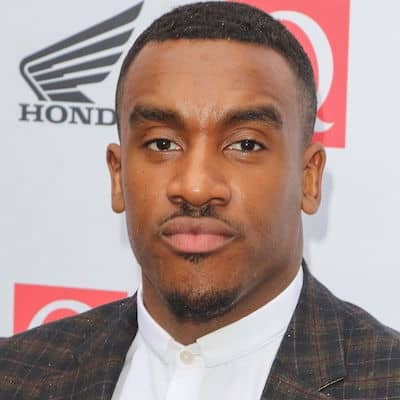 Bugzy Malone’s relationship status is possibly taken. As per the reports, he is in a relationship with a girl whom he proposed in Dec 2019.

They were spending quality time in Paris when he popped the question. Unfortunately, his fiance’s real name is unknown but Bugzy calls her Boo-Boo.

They started to date each other in the year 2010 and are preparing to welcome their first child.

Who is Bugzy Malone?

Bugzy Malone is a British rapper as well as an actor. He is popular for releasing albums like B. Inspired, The Resurrection, and more.

His upcoming movie Five Eyes is under the post-production stage.

His birthdate is 20 Dec 1990 and he was born in Manchester, England as Aaron Davis. But the name of his mother plus his father is unknown.

His parents were separated due to domestic violence reasons.

Bugzy Malone’s ancestry is All-American and regarding his academics, the particulars are not shared. He was expelled from secondary school because of involving in criminal activities.

Bugzy Malone is an emerging face of the musical world. He is a hip-hop artist who in former days used to be a boxer. His first album B. Inspired was released in Aug 2018 and in May 2021, his second album The Resurrection came out.

As an actor, Bugzy was seen in 2019’s action-comedy movie The Gentlemen. He was featured with artists like Matthew McConaughey, Charlie Hunnam, Henry Golding and he played the role of Ernie.

As of 2021, he has earned an estimated net worth of around $2 million US. The yearly salary from his acting journey is not calculated.

This rap artist at present is keeping himself away from rumors and desperate scandals. But in Sep 2020, he was brought to court for seriously wounding two people.

Further, in March 2020, he suffered a brain bleed after a car hit him. He was riding his quad bike when a car speeding at 70 mph crashed with him.

He also failed to take his GCSE exams because he was sent to HMP Stoke Heath at age 16 as a punishment for showing criminal behavior.

Bugzy Malone’s height and body weight are average. In addition, his eyes are dark brown and he has hair in black color.

Bugzy is available on many social sites. But on Instagram and Twitter, he has more than 1.2M and 303k followers respectively.