Bumper Robinson’s relationship status at present is married. He exchanged vows with Katherine Penton but their wedding details are not disclosed.

This couple is blessed with two children. One of their kid, a daughter Samatha Nichelle was born on 31 May 2011. 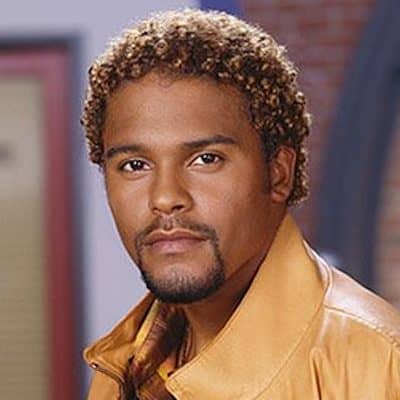 Who is Bumper Robinson?

His upcoming movie Seal Team as an HMMF Animal Handler as Teale is under the post-production stage.

Bumper’s ancestry is All-American and has a brother named Marc Robinson.

Regarding his academics, he has cloaked the details.

Bumper Robinson is a popular face of the entertainment world who has appeared in several TV plus movies. His latest movie is titled Happy Halloween, Scooby-Doo! that was released in the year 2020.

This actor is mainly known for giving his voice in many animated screen projects. He was Chipmunks in Brother Bear, Cyborg in Justice League: Doom, Ruben in Scooby-Doo! WrestleMania Mystery, etc.

His voiced TV shows are listed below,

Further, he has shown his acting skills in TV shows too. Some of them are,

By the reports of 2021, he has accumulated a net worth of around $4 million US. The per year salary of his is not yet calculated.

This amazing voice actor is keeping himself away from rumors and desperate scandals.

Bumper Robinson’s height and body weight are of average size. Moreover, his eyes are dark brown and his hair is in light brown color.