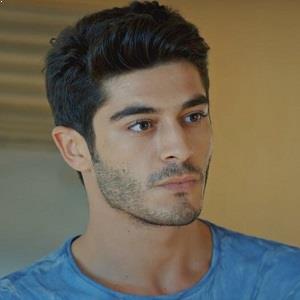 What is the relationship of Burak Deniz?

Burak Deniz is currently in a relationship with Turkish Actress Büşra Develi. The pair began dating since May 2015. There is no further information regarding this relationship. Furthermore, there are no records available regarding Burak’s possible past relationships.

Who is Burak Deniz?

Burak Deniz is a Turkish actor. People mostly recognize him for his role as Murat Sarsilmaz in the television series ‘Aşk Laftan Anlamaz’. Additionally, he has also appeared in ‘Tatli Küçük Yalancilar’.

Deniz was born in Istanbul, Turkey on February 17, 1991. His parents divorced when he was a kid and throughout most of his childhood years, he grew up in Izmir. He became interested in the world of acting at an early age. He is of Turkish nationality. Furthermore, there are no details available regarding his ethnicity at present.

Deniz has been active in the show business since 2011. His first role came in 2012 after he was cast to play Tarik in ‘Sultan. In 2013, he appeared in the TV series ‘Kaçak’ as Burak Topcuoglu. Since then, he has appeared in numerous other movies and television series. All in all, he has 9 credits as an actor to date.

Some other movies and television series that Deniz has appeared in are ‘Bizim Hikaye’, ‘Arada’, ‘Çagatay Akman: Bizim Hikaye’, ‘Ask Laftan Anlamaz’, ‘Gecenin Kraliçesi’, ‘Tatli Küçük Yalancilar’ and ‘Medcezir’. Additionally, he also provided the soundtrack for ‘Arada’. His performance in ‘Aşk Laftan Anlamaz’ is arguably his most important work.

Deniz won the Best Television Actor Award in 2017 which was awarded by Adnan Menderes University.

Deniz has not revealed his current salary. Additionally, he has an estimated net worth of $12 million as of 2022.

Deniz has not been part of any notable controversies in his career. At present, there are no rumors concerning his life and career.

Talking about his body measurement, Deniz has a height of 5 feet 11¾ inches (1.82 m). Additionally, his hair color and eye color are brown.