Car racer Burney Lamar is married and a father of two. 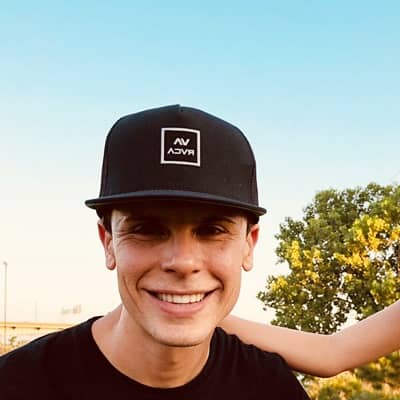 Burney Lamar is a happily married man. He married Niki Taylor who is an American supermodel and television presenter. Lamar is the second husband of Taylor.

In January 2006 they met at an autograph session. After just three dates they get engaged. The couple married on December 27, 2006, at the Grande Colonial Hotel in La Jolla, California.

In their marriage, the couple asked for donations to be sent to Victory Junction Gang Camp, a camp for chronically ill children in North Carolina instead of gifts to the guest.

The couple was blessed with their first child a daughter Ciel Taylor Lamar on March 4, 2009, one day before Taylor’s 34 birthday. On November 16, 2011, Taylor gave birth to her second child with Lamar, a son named Rex Harrison Lamar.

Furthermore, Taylor has also twins sons named Jake and Hunter from her previous relationship. However, the couple lives a happy life together with their children.

Who is Burney Lamar?

Burney Lamar is an American Stock car racing driver. He has driven for two series of NASCAR company including Xfinity Series and Camping World Truck Series.

Burney Lamar was born on August 21, 1980, in West Sacramento, California. As of 2020, he is 40 years old. He holds an American nationality and English ethnicity. His Zodiac sign is Leo.

Besides, His parent’s information is not available.

The Racer might have done his college and schooling but exact information about his school and University life is not available.

Burney started his career at the age of five in racing go-karts. At the age of 16, he started racing stock cars at Stockton 99 Speedway.

In the Truck series, he raced the No. 92 Chevrolet Silverado twice with the best finish of 21st. Likewise, he qualified 8th in his Busch Series debut in the No. 33 Chevrolet.

Until now Lamar is not surrounded by any kind of rumors and scandals that hamper his career and personal life.

Burney Lamar estimated net worth is around $10 million approximately. He has earned his net worth throughout his profession.

Lamar’s hair color is black and his eyes color is Light brown. Furthermore, there is no information available regarding his other body measurement.