Updated On January 18, 2023 | Published By: Carolyn
Share this
In Relation 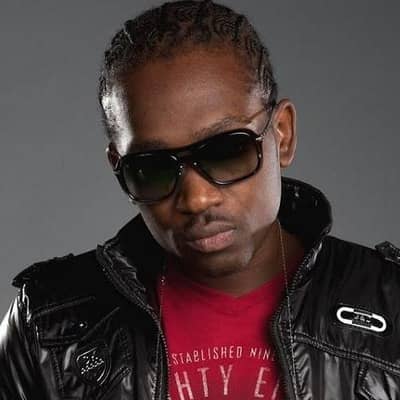 What is the relationship of Busy Signal?

As for the relation Busy Signal still seems to be in a relationship with his son’s mother Tunya Palmer, but the detail of their relationship is not known to the public. Similarly, the couple welcomed their baby boy in 2012 and the name of the baby is Egypt-Knight Gordon.

Who is Busy Signal?

Signal first began his career in the early 2000s. He is known for his unique high-energy vocal style and his ability to write and perform songs that are both socially conscious and danceable. He holds Jamaican nationality.

Jamaican dancehall reggae recording artist Busy Signal was born on 24th January 1982 in Saint Ann Parish, Jamaica. The parent’s name of the artist is not known to the public whereas he has a brother named Galey Gordon.

Furthermore, as for his academics, he has completed High School at Brown’s Town Comprehensive High School. Similarly, his religion is Christianity and his ethnicity is unknown.

Busy Signal began his career in 2003 with the song named “Step Out”. He has since released numerous singles and albums, including the critically acclaimed “Reggae Music Again” in 2006, which earned him a Grammy nomination.

He has collaborated with a variety of artists, including Rihanna, Sean Paul, and Vybz Kartel. His most successful single to date is “Watch Out For This (Bumaye)”, which peaked at number one in the United Kingdom and several other countries. Busy Signal has toured extensively, including shows in Europe, the United States, and the Caribbean.

He has performed at a variety of festivals, including Reggae Sumfest, Rototom Sunsplash, and Reggae on the River. He has also been featured in television commercials and video games.

Busy Signal is a socially conscious artist, and his songs often address important issues such as poverty, violence, and the environment.

He has been outspoken about his support for the legalization of marijuana, which he believes can help to reduce crime and poverty in Jamaica.

Busy Signal is one of the most successful and influential dancehall reggae artists of his generation. His unique vocal style and socially conscious lyrics have made him a favorite among fans and critics alike.

As for awards, Busy Signal has been nominated for multiple Grammy Awards. He has also won numerous awards, including the Best International Single at Reggae Achievement Awards in Canada.

As for 2023, Jamaican dancehall reggae recording artist Busy Signal’s Net Worth is around $2.5 Million. Whereas, his annual income and salary are unknown to the public. He has made his wealth from his career as a reggae artist as he has made over 176 releases.

As for the controversy and rumors, Busy Signal was involved in a controversy in 2012 after he was arrested by police in the United States of America on the charge of Drugs but the original arrest document was for his false identification. The warrant was decade old. He received a six-month sentence.

The 41-year-old’s Busy Signal height and weight are unknown to the public. Whereas, his body measurement is not available and his body type is also not available.

Furthermore, for his body feature, he has dark brown colored eyes and black colored hair. Similarly, his shoe size and his dress size are not available.

The Jamaican dancehall reggae recording artist Busy Signal is active on his social media account Instagram, joined in January 2013 under the username @busysignal_turf with 734K followers.

Tributes are Pouring in for Bob Marley’s grandson Jo Mersa Marley dead at 31!