Buzzy Cohen is currently married to Elisha Cohen. In 2011, Elisha’s father officiated their marriage. They hang out with each other and share a strong bond. They currently reside in Los Angeles, California with their two daughters. One of their daughter’s names is Lucerne “Louie” Rae Cohen. 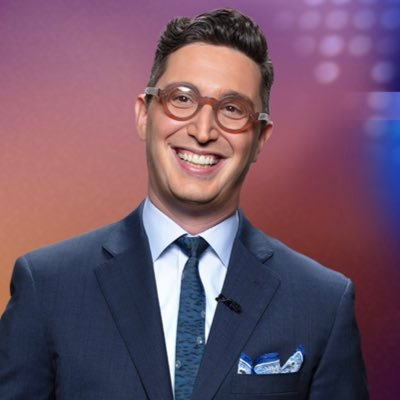 Who is Buzzy Cohen?

Buzzy Cohen is an American music executive and a businessperson. He is the founder and director of the business organization, The Teenage Diplomat. Moreover, Buzzy is popular for his victories on the American television show Jeopardy!.

Buzzy Cohen was born on March 5, 1985, in New Jersey, USA. As of 2022, he will be celebrating his 37th birthday. His birth name is Austin David Cohen. His parents named him Austin after the character Steve Austin from a TV sci-fi show, The Six Million Dollar Man.

He is the child of Buddhist parents. Buzzy grew up with his sister, Lindsey. Besides this, he has not provided any details.

Moreover, his nationality is American and his birth sign is Pisces.

Cohen attended Pingry School in Short Hills for his high school studies. He later pursued music education at Columbia University in 2003. He received his graduated in 2006 with a bachelor’s degree in music.

Buzzy Cohen is a professional music executive and businessman. At first, he worked as an Associate Directorat in EMI Music Publishing from 2007 till 2008. Eventually, he joined Domino recording company with the position of Creative Director. Again he became the Director of Content Licensing at AMG.

In the year 2010, Buzzy got the job of Senior Music Supervisor in TBWA Media Arts Lab. After three years, he served Squeak E Clean Productions, Inc. as a Managing Director. In 2016, he owned his own company, The Teenage Diplomat. Similarly, he is the founder and director of the company.

Buzzy is a music executive and businessman, who has a net worth of $2 Million. He joined the American television show and earns a good amount from it. He won $164,603 in 2016 and also collected the grand prize of $250,000 the following year.

Buzzy has a height of 6 feet 1 inch and weighs approx 95 kilograms. similarly, his eyes are of dark brown color, and his hair is brown.