Byron Mann is a Hong Kong-American actor. Byron Mann's relationship status is single as of now.

Byron Mann’s relationship status is single as of now. But before he was engaged in different affairs.

He said in an interview that he was dating a girl on December 29th, 2015. He also added that he was moving to California from Chicago with her.

Not only that, but Bryon also confirmed that he had dated an actress as well but he didn’t reveal her name. 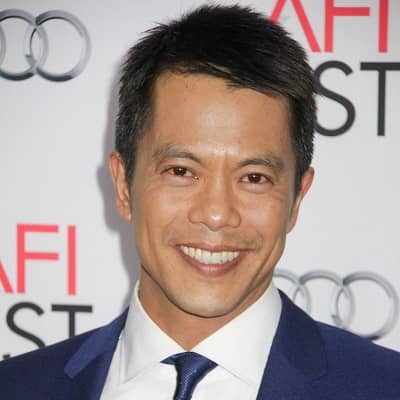 Who is Byron Mann?

Byron Mann is a Hong Kong-American actor. He is famous for playing the role of Uncle Six in the Netflix series titled, Wu Assassins.

In 2016, he was nominated for the Golden Maple Award for Best Actor in a TV series broadcast in the U.S. for his role on Hell on Wheels.

His mother is from America, and his father is from Hong Kong. Byron’s father was a dentist. But his parents’ names are unknown.

He belongs to Hong Kong-American nationality and is of mixed (Mandarin, Cantonese, English, Thai, and Hong Kong) ethnicity.

Talking about his education, he studied at Diocesan Boys’ School located in Mong Kok, Kowloon, Hong Kong. Then, he got attended the University of California, Los Angeles (UCLA), and graduated with a degree in Philosophy.

Further, he attended the University of Southern California Gould School of Law (USC Gould) but later took a vacation from the university.

Byron Mann’s stared his acting career in 1994. In 2013, he starred as Lek in the thriller film, A Stranger in Paradise, alongside actors Colin Egglesfield, Catalina Sandino Moreno, Stuart Townsend, and Gary Daniels.

He has previously been ranked at the #2 spot in the 16-and-under tennis player in Hong Kong.

Over the years, he has appeared in a variety of roles in films such as Possessed by the Night, Belly of the Beast, Blonde and Blonder, The Man with the Iron Fists, Don’t Let Go, The Big Short, and Cold War.

Mann has starred in films such as Red Corner and The Corruptor, and in the television show Dark Angel, and has also co-starred in Catwoman and Invincible.

He is best known for appearing as Ryu in the live-action film and the web series, Street Fighter, and has also played the role of Koh in the manga-based movie, Crying Freeman.

Mann was seen appearing on the Netflix series, Altered Carbon as Mercenary Kovacs, in the year 2018. Byron has also appeared in the American supernatural action web Netflix series, Wu Assassins as Uncle Six.

In 2016, he was nominated for the Golden Maple Award for Best Actor in a TV series broadcast in the U.S. for his role on Hell on Wheels.

Being one of successful personalities, his net worth is $10 million as of 2022. Other information regarding his cars and salary is not available.

Up to now, he hasn’t been in an incident that could create any type of rumors about him. Also, the actor is far from being in any controversy until now.

He has dark brown colored hair and eyes.