Updated On January 29, 2023 | Published By: saransh pachhai
Share this
Widow 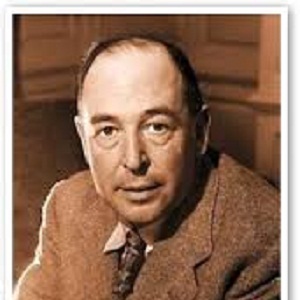 God whispers to us in our pleasures, speaks in our conscience, but shouts in our pains: it is His megaphone to rouse a deaf world

I believe in Christianity as I believe that the sun has risen: not only because I see it, but because by it I see everything else

You are never too old to set another goal or to dream a new dream.

What is the relationship of C. S. Lewis?

In 1954, C. S. Lewis joined the faculty of Cambridge University as a literature professor, and in 1956 he married an American English teacher, Joy Gresham, with whom he had been in correspondence.

Lewis was full of happiness during the years of their marriage, though Gresham died of cancer in 1960.

Lewis grieved deeply for his wife and shared his thoughts in the book A Grief Observed, using a pen name.

C.S. Lewis was an author, essayist, and Christian apologist. He is best known for his children’s classic series – The Chronicles of Narnia.

In 1963, Lewis resigned from his Cambridge position after experiencing heart trouble. He passed away on November 22, 1963, in Headington, Oxford.

Clive Staples Lewis was born on 29 November 1898 and lived until 22 November 1963. He was born in Belfast, North Ireland into a protestant Ulster family. Throughout his life, he retained strong roots in Ireland.

He sought out the company of the Irish and took an active interest in Celtic literature and myths. He was a keen admirer of the works of W.B.Yeats, at a time when he was relatively unknown in England.

After a variety of private tuition and public schools such as Malvern in Worcestershire, in 1916, C.S. Lewis was offered a scholarship at University College, Oxford University.

He was an excellent scholar gaining a triple first (the top degree in three different degrees). However, in 1917, his university life was interrupted as he volunteered to join the British army in the First World War. He was transferred to the Somme valley where he took part in trench warfare.

In the last months of the war, he was injured by a shell and was sent home to recuperate from his injuries.

During his period of convalescence, he became increasingly friendly with Mrs. Moore – the mother of a close army friend Edward ‘Paddy’ Moore. He was very close to Mrs. Moore, often referring to her as his mother until her death in the 1940s.

On returning to Oxford, C.S.Lewis completed his degrees before taking up a post teaching English at Magdalen College, Oxford from 1925 to 1954.

He was a prolific writer and formed a close friendship with other Oxford fellows such as J. R. R. Tolkien, Charles Williams, and Owen Barfield.

They formed an informal group known as the inklings. They would meet at pubs in Oxford such as ‘The Eagle and Child’ where they would read parts of their novels. He would encourage Tolkien as he wrote his epic Lord of the Rings.

C.S.Lewis was brought up in the Protestant Church of Ireland, but as a teenager, he said he lost his faith – turned off by boring church services and the problem of evil in the world.

However, after returning to Oxford in the post-war period, he became increasingly perplexed by the existence of God and Christianity.

After many evening chats with friends such as J.R.R.Tolkien and Hugo Dyson, C.S.Lewis finally converted to belief in God (theism) in 1929 and became a Christian in 1931.

C.S. Lewis later wrote he felt a reluctant and unwilling convert. But, felt compelled to accept evidence of faith. In his writings of Surprised by Joy: He writes he came into Christianity, “kicking, struggling, resentful, and darting his eyes in every direction for a chance to escape.”

C.S.Lewis became an influential apologist for Christianity through publications such as The Screwtape Letters. He concentrated on a more universal form of Christianity seeking to avoid the sectarianism that was common in his native Northern Ireland.

He rarely made any specific reference to a particular denomination of Christianity but sought to reinforce the underlying Christian values shared by all Christian faiths.

However, he always remained an Anglican, and to the disappointment of Tolkien, he never converted to Roman Catholicism.

His Christian beliefs also influenced his more popular works such as The Chronicles of Narnia. Though he also includes ideas from Roman and Celtic myths, there are underlying Christian notions of sacrifice and Christ-like actions.

C.S.Lewis died a few years later in 1963 from renal failure. His death occurred on the same date as the assassination of J.F. Kennedy. Since his death, his books and influence have continued to grow.

He has been rated as one of the top English writers of all time and his books have been translated into numerous languages.

There are no desperate rumors regarding his personal and professional life.

He was doing the best job without harming others and had been a straight person in his life, for which he had not been in any controversy yet.

C. S. Lewis stood at a height of 5 feet 11 inches (1.8m) with a body weight unknown. His hair color was dark brown and his eye color was brown.