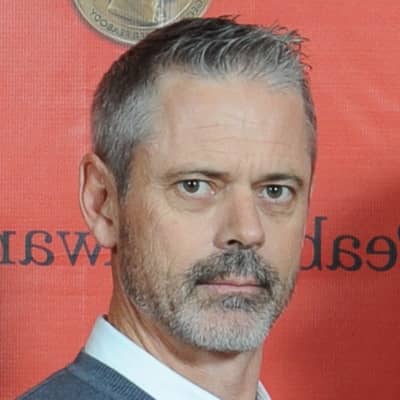 C. Thomas Howell married Sylvie Anderson who is the second wife of Thomas. The couple married on July 25, 1992, the couple has three children, Isabelle, Dashiell, and Liam. However, the couple divorced in 2015.

Who is C Thomas Howell?

An American C Thomas Howell is an actor and film director. He is known as a Producer, Television Personality, and writer. Thomas’s best known featured film is The Outsiders and Criminal Minds.

Thomas was born on December 7, 1966, in Van Nuys, Los Angeles, California, United States. As of 2020, he is 54 age years old. He is of American Nationality. His nickname is either Tommy or CT and his full named Christopher Thomas Howell. His Zodiac sign is Sagittarius.

Thomas’s father’s Christopher N. Howell who worked as a stunt coordinator and rodeo performer in the film industry. His mother’s name is Candice Howell. When he was young, his parents divorced. He has 3 siblings, two sisters, Stacy and Candy, and a brother, John.

Howell graduated high school at Saugus High school, California in 1984 and later studied at The National Conservatory for Drama Artes. While growing up, he also spent time golfing with his grandfather since his nickname ‘CT’ came because he recorded with this name on the screen board.

Howell’s career began through his father’s connections and started acting at a young age. He began acting at the age of four when he was cast in the Brian Keith Show in an episode called The Little. In 1979, he became a rodeo champion at the California Junior Rodeo Association and was name ‘All-Around Cow-boy’ at the age of 12.

As a film actor

In 1982, he made his first debut film as Tyler in E.T the Extra-Terrestrial produced by Steven Spielberg. Then, he was cast as the main lead alongside Patrick Swayze in The Outsider produced by Francis Ford Coppola in 1983. Afterward, he and outsider co-star reunited for films Grandview as Tim Pearson and Red Dawn as Robert Morris in 1984. Howell appeared in feature films that give a social message for a society like Soul Man (1986), Giovane Toscanini, etc.

An American actor appeared in the films, The Return of the Musketeers and Side out in 1990. Howell collected fame from the film Gettysburg, which was popular with history buffs and history Classrooms. He appeared as Mike, a motorcycle courier in Mad Dogs and Englishmen with co-actor Elizabeth Hurley.

Howell also starring in a crime-thrillers film, Payback.  He also appeared in the 2012 film The Amazing Spider-Man.

As a director, producer, and writer

Howell worked as a writer, producing, and directing. In 1995, Howell wrote and directed Hourglass, in which he starred with Sofia Shinas. He shared worked experience with Francis Ford who is one of the American directors, producers, and screenwriter. He produces and co-wrote the television film, Hope Ranch with his father. Likewise, He wrote and produce the films, Blind Injustice and The Stolen Moments of September. He has also directed several movies like The Day the Earth Stopped, The Land That Time Forget, and War of the Worlds 2: The Next Wave.

As a television actor

Thomas appeared in his first role on the TV show Two Marriage in the episode ‘Relativity’ in 1983. In the next few years, he made several appearances in shows and Tv movies like Nightmare Classics, Kindred: The Embraced, Acting on Impulse, Suspect Device, etc. In 2017, he has been a recurring cast member of top-rated shows like Ray Donovan and Seal Team.

Thomas has his own Merchandise @staygoldmerch where he sells top fashion brand’s clothing and masks.

According to the online resources, Thomas estimated net worth is $4 million dollars (approx.)

There is no information available regarding his Scandals. He maintained his profile clean which hampers his career and personal life.

Thomas is about 5 feet 10 inches (approx.) and his weight is about 81 Kg. He has light-brown hair color and eyes as well. There is no information available about his other body size.