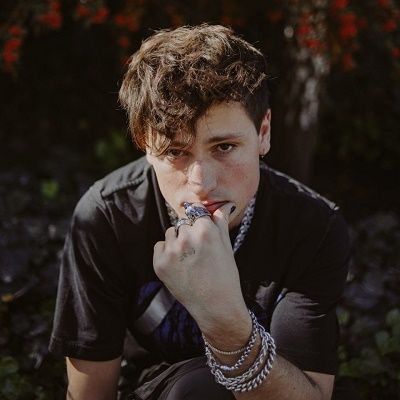 Cade Larson is currently possibly single. He has not disclosed about girlfriend and relationship. Previously, he was not seen hanging out with anyone.

Who is Cade Larson?

Cade Larson is an American singer, songwriter, musician, and producer. He is best known for his music on an international media service provider Spotify.

This singer was born on February 26, 1996, in Savannah, the United States. He has not shared many details about his parents, and education as he likes to keep his personal life far from the media.

There is no information about his father, mother, and siblings. He has a brother and a sister. Larson is of English descent.

Cade Larson launched his first solo attempt with EP Care released in July 2016. Billboard recognized Cade for his music and says that his sound mixes the emotion of R&B with the dynamic elements of electronic dance music. Trevor Dahl, who is a good friend of Larson produced a song from EP Care. This song received support from Pia Mia, The Chainsmokers, etc.

Later, in 2017, he remixed Maggie Lindemann’s Pretty Girl in collaboration with pop trio Cheat Codes. This remix crossed over 60 million streams on Spotify receiving Platinum certification in the USA and the UK. The next year, Cade again collaborated with Cheat Codes for ‘Stay With You‘ and ‘Wearing Nothing’.

Stay With You peaked 35 on the Hot Dance/Electronic Songs at the US Dance chart. He has over 8 million monthly listeners and reached the audience by opening for artists like Juicy J, Mike Rosner, and more.

He announced a record deal with ULTRA MUSIC/Sony on June 23, 2020. This singer has performed at festivals like Lollapalooza.

The average salary of this singer is estimated to be $50,000. Meanwhile, according to some sources, he has an estimated net worth of $1 million.

There is no rumor and scandal about Cade. He has managed to keep himself out of controversy and rumor. He is doing good in his career.

Cade Larson has a decent height equivalent to his weight. Likely, he has dark brown hair and light brown eyes.