Caitlin Gerard at present is in a loving relationship. She is dating a guy named Timothy Hutton from the year 2014 whom she met in Austin, Texas.

Each moment, their love is growing which is why their affair has completed its six years. 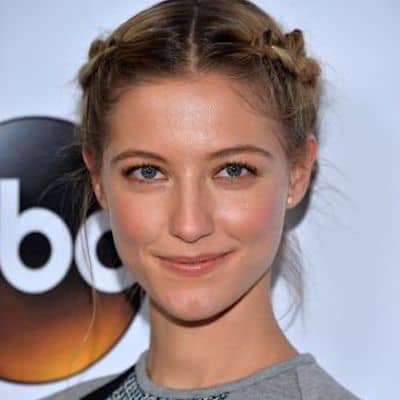 Who is Caitlin Gerard?

As a writer, many of her projects are in the post-production process. Some of them are titled Debbie Neigher: Lose Myself (Video short), Evangelia: Diving (Video short), GoldFord Live: Dreams of Summertime (Video), and Lo Loves Luck (Short).

Similarly, her future movie Tow as Maddie/Abbie is completed and will release soon. In 2010, she stepped into the acting industry by appearing in the movie The Social Network playing the role of Ashleigh.

Her birthdate is 26 July 1988 and she was born in Los Angeles, California, the United States as Caitlin Beverly Gerard. The name of her mother and her father name is unknown.

Further, her ancestry is Caucasian and as to her academics, she might be a UCLA graduate who majored in English.

Prior to this, she went to the International School of Los Angeles plus Malibu High School.

Caitlin Gerard has appeared in many screen projects. The film projects where she was seen in major characters are,

Similarly, she has shown her acting skills with major roles in TV shows named Vanessa & Jan as Jan, Zach Stone Is Gonna Be Famous as Amy Page, American Crime as Aubry Taylor, and The Last Ship as Kelsi.

By the reports of 2022, Caitlin Gerard has an estimated net worth of $1 million which she collected from her work.

This cast of the movie The Social Network of 2010 is keeping herself away from scandals along with desperate rumors.

Caitlin Gerard’s height is 5 ft 7 inches and her body weight is average. Furthermore, she has brown hair and her beautiful eyes are brown in color.