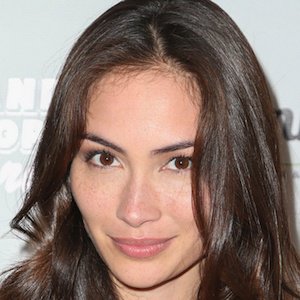 What is the relationship of Caitlin McHugh?

Caitlin McHugh is a married woman. She has been married to actor John Stamos on February 3, 2018. John proposed her in October 2017 at Disneyland.

The couple got engaged on October 23, 2017, after dating a year and announced in December 2017 that they were expecting their first child. Finally, the couple welcomed a son named Billy on April 15, 2018, who is named after John’s father.

Previously, she was married to restaurateur Massimo Lusardi on June 3, 2011, but the couple separated after a few months later and divorced in 2013.

Who is Caitlin McHugh?

Caitlin McHugh is a famous American actress, model, and writer who is best known for Caitlin McHugh appearances in ‘The Vampire Diaries’ (2009), ‘Random Tropical Paradise’ (2017), and ‘48 Hours to Live’ (2016).

She was born on May 13, 1986, in Chicago, Illinois, USA. Her birth name is Caitlin Maureen McHugh and she is currently 33 years old. She is of Filipino and Irish descent.

Caitlin holds American citizenship but her ethnicity is unknown.

She joined Flintridge Sacred Heart Academy in La Cañada Flintridge, California, and graduated from there in 2004.

Later, she joined the University of North Carolina School of the Arts from 2004-2006 and studied contemporary dance.

Caitlin McHugh struggled to find small parts in films and televisions during the initial phase of her career. She got a minor role in ‘I Am Legend’ and earned nine more credits over the next six years.

She portrayed the recurring role in the TV series ‘The Vampire Diaries’ in 2014 and the write the romantic comedy short film “Ingenue-ish” with fellow actor John Stamos in 2017.

Similarly, she signed with Wilhelmina Models and then appeared in television commercials for Colgate toothpaste and the following year, for the Buick “Encore” in 2017.

This actress appeared in movies like Ingenue-ish, Random Tropical Paradise, Alleged, and 48 Hours to Live.

She won Award of Excellence for her acting in ‘Alleged’ in 2013.

She has an estimated net worth of around $1.5 million as of 2022, and she has earned that sum of money from her professional career.

There was a rumor that she was in a relationship with John Stamos as they were spotted together on an adorable ice cream date. But the rumor has ended after the couple got married.

To know more about LaTanya Richardson, Erica Christensen, and Victoria Dillard, please click on the link.