She is married to famous actor Lucas Neff but they have got separated very long ago.

Stasey describes her sexuality as follows: “I know it bothers many people that I identify to myself as a lesbian despite the fact that I have a male partner. I’m attempting to avoid naming as much as possible. Criticism and conflict result from isolating myself. I’m happy when I’m open, and I’m happier when I’m honest.” She has also described herself as transgender. 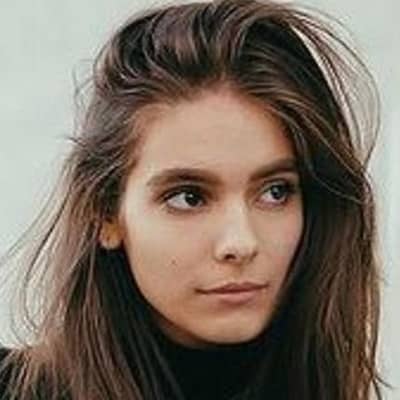 Who is Caitlin Stasey?

She has appeared in a role named Neighbor as Rachel Kinski and also did Film in 2010 named Tomorrow When the War Began.

Caitlin Stasey’s full name is known as Caitlin Jean Stasey. She was born on 1 May 1990 and she is 31 years old. She was born in Melbourne, Victoria, Australia. Her nationality is Australian and her ethnicity is Caucasian.

She was raised by her father David and mother Sally in Melbourne, Victoria with her younger sister named Victoria.

Caitlin studies and completed her studies at Star of the Sea College. At the age of 10, she took part in re-recording of Qantas Commercial named I Still Call Australia Home and also traveled the world as a member of the Australian Girls Choir.

She has fame and name in her career in September 2003 when she landed the role in the children’s TV series named The Sleepover Club.

After studying and attending audition a year she got a role in Neighbours in April 2005.

After that, she had many films and televisions series like Please Like Me, Reign, APB, For the People, Bridge and tunnel, Tomorrow When the War Began, Summer Camo, Lust for Love, All I Need, and many more.

Tom Nichols offered her a recording contract in 2007, but she declined, stating that she would focus her energies on acting.

In 2008, she covered the song “I’m Yours,” and on May 19, 2008, she sang a duet with fellow Neighbors cast member Dean Geyer at the Erinsborough High School Formal. It was released in the Australian iTunes store and reached number 40 on the ARIA Digital Tracks list.

Caitlin is a well-known Australian actress who has an overall net worth of $3million. Her source of income comes from her acting and singing career.

Caitlin has accepted and said that “I have known I was mostly gay ever since I can remember.” She also stated that she is a Lesbian and also launched new female empowerment websites of hers.

She gets in on other controversial topics, criticizing the media and declaring herself “pro super pro-SUPERPRO choice” – saying she volunteers at a facility that performs clinical abortions, bringing patients from their cars to the waiting area.

She is 5 feet 1inches tall and has not disclosed her measurement and weights to the public. She has a white skin tone with long brown hair and black eyes.