Caitriona Balfe is an Actress and a Proud patron of World Child Cancer. Caitriona married her soulmate, Tony McGill, in 2019. Her chemistry with Outlander co-star, Sam Heughan confused the fans! 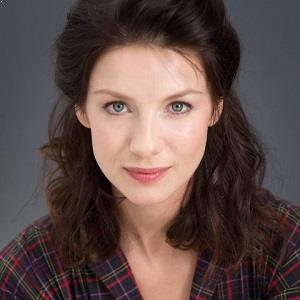 Modelling wasn't a passion of mine so that made it get old kind of quickly. I was getting very frustrated. It's true, you never forget your first love, and, for me, that will always be Paris

The herbalist I met a few times - it was great - she gave me literature about the different processes that an herbalist would do to make medicines from certain herbs and things.

What is the relationship of Caitriona Balfe?

Caitriona Balfe is married to her fiance, Tony McGill. Tony is a music producer and his full name is Anthony “Tony” McGill.

Caitriona and Tony wed in mid-August 2019 at St. Mary’s Church in Bruton in an intimate religious ceremony. The couple was officiated by Rev. Louis Beasley-Suffolk.

The couple was in a relationship in 2012 and in 2018, Tony proposed to her. Similarly, the duo is blessed with their first child a boy.

On August 18, 2021, Caitrionatook to Instagram to reveal that she and her husband had welcomed a baby boy.

She was rumored to be having an affair with her Outlander co-star, Sam Heughan as they were seen making a public appearance together.

However, those rumors turned out to be false after they denied it. Also, Sam is dating Mackenzie Mauzy.

Who is Caitriona Balfe?

Caitriona Balfe is an Irish actress and model. She is mostly recognized as Claire Fraser in the Starz drama series ‘Outlander’.

She appeared in other movies and television series including ‘Money Monster’, ‘The Price of Desire’, ‘Now You See Me’ among others.

Balfe was born as Caitríona Mary Balfe in Dublin, the Republic of Ireland on October 4, 1979, to Garda Sergeant, the father. But her mother’s name is unknown.

Throughout her early life, she grew up in the village of Tydavnet, near Monaghan in a family of seven.

Additionally, she became intrigued by the world of show business in her childhood years. She is of Irish nationality and is of Roman descent.

Talking about her education, Balfe attended Theatre at the DIT Conservatory of Music and Drama. In addition, she worked as a fashion model in Paris while studying there.

Initially, Balfe started as a model. She has modeled for some of the big names including Chanel, Moschino, Givenchy, Dolce & Gabbana, Alberta Ferretti, and Louis Vuitton.

Balfe played the minor role of an employee of the magazine Runway in the 2006 film ‘The Devil Wears Prada’. Since then, she has appeared in several other movies and television series. Some of them are ‘Crush’, ‘H+’, ‘Lost Angeles’, ‘The Beauty Inside’, ‘Super 8’, and others.

All in all, Balfe has a total of 9 wins and 7 nominations to her name as an actress.

For her work as an actress, Balfe has won several awards throughout her career.  She garnered Golden Globe Award nominations in the year 2016 and 2017.

Balfe became part of a controversy after the cast of ‘Outlander’ and writers clashed over a controversial book change. Furthermore, there is a rumor at present that suggests that Balfe might be romantically involved with her co-star Sam Heughan.

However, both of the stars have said several times that they are just friends.

Balfe is quite active on social media. She has a huge number of followers on social networking sites such as Twitter as well as Instagram. She has more than 519.9K followers on Twitter.

In addition, she has more than 1.8 million followers on Instagram. However, she is not active on Facebook.

To know more about Maitland Ward, Shandi Finnessey, and Arielle Vandenberg please click on the link.

Tags : Irish actress and model Now You See Me Outlander