Calboy is an American rapper, singer, songwriter, and record producer. Heis real name is Calvin Woods. He is possibly single.

As a youngster, he was interested in visual arts. He liked painting and drawing so he drew everything from anime to Chibi characters.

Today he spends his free time and gets his canvases done. 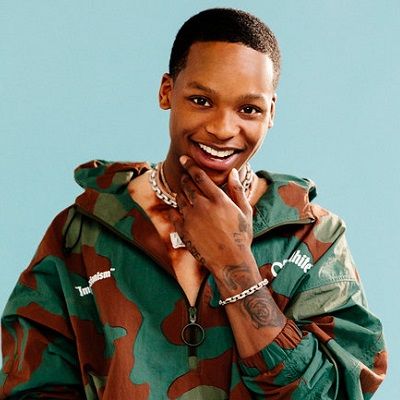 Calboy is a professional American musician. Calboy is a well-known rapper, singer, songwriter and record producer.

He has earned half a million subscribers on his YouTube channel, Calboy. On 31st May 2019, he released his viral song Envy Me, from his debut EP Wildboy.

Calvin Woods was born on 3rd April 1999 in Chicago, Illinois, US. He was raised by a single mother along with four other siblings.

His family moved between small homes to small apartments. Calvin lost his two best friends- one due to drug overdose and another due to gun violence.

His academics details are not disclosed.

On 7th July 2017, Calboy released his debut mixtape The Chosen One. On 7th December 2017, he released his second mixtape Anxiety.

His third mixtape was released on 18th June 2018, Calboy, the Wild Boy.

Similarly, he released his single Envy Me on 13th September 2018 to critical acclaim. On 31st May 2019, it served as the lead single from his debut EP Wildboy.

His single Envy Me peaked at number 31 on the Billboard Hot 100 and was certified double platinum by the Record Industry Association of America.

His rap moniker comes from combining his name Calvin, and the character Cowboy from the 1979 cult film The Warriors.

He signed a contract with Meek Mills in 2018 worth $3 million US.

Calvin is coping with anxiety and he uses prescription drugs to cope with his anxiety issues. Similarly, he revealed that he wants to come off them. His song Fatality describes what he is going through.

He is among those artists who hate to promote drug use in their music.

He has black hair color and eyes. He has an average height and body mass.

You may also read the age, parents, career, net worth, body measurement, and social media of Charlie Pride, Myles Erlick, and Ellise Chappell.