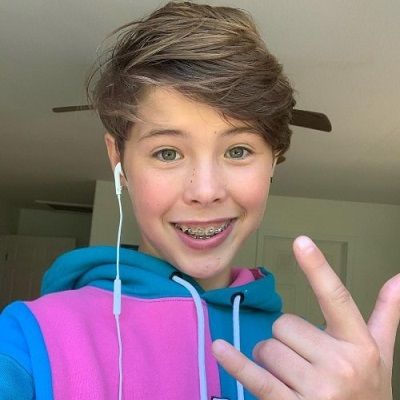 What is the relationship of Caleb Coffee?

Caleb Coffee’s relationship status is single. He currently lives in Hawaii, US.

Who is Caleb Coffee?

Caleb Coffee is a popular American social media personality. He is known for his prank videos on Tik Tok.

He was born on 28 March 2005 in California, United States. His father is Jason and his mother is Chassy. Their marriage was held in the year 2003.

Caleb Coffee has a total of two siblings, Peyton (sister) and Isaac (brother). They both are internet personalities.

This Tik Tok user has an estimated net worth of $500 thousand US.

As per the sources, his father Jason’s net worth is around $102 million.

He has beautiful blue eyes and dark brown hair. His height is 5 ft 3 inches and his weight is 45 kg.

Caleb Coffee has a charming smile and pierced his ears.

Coffee is active on the social media platform Tiktok with over 8.6M Fans.

His Instagram has more than 602.8k followers and around 239k posts.

On Instagram, he usually posts photos of him which are fun and adventurous.

He joined Twitter in June 2018 and has around 212 followers.