Caleb Deschanel is an American cinematographer and director. He is married and has two daughters. They are actresses. 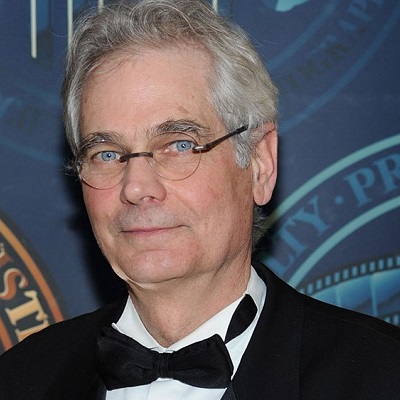 “People kept coming up and raving about ‘Cold War’ and ‘Roma’ and I sheepishly told them that I had a foreign-language film and they said they had the DVD somewhere.'' ''Most people think of cinematographers as choosing subjects of an epic nature to show off what they do - big, sweeping images of war or pageantry.''' ''Reality in movies is the reality of the story you're telling, so it may not match the reality as we know it, but the reason there's art is that it tries to bring some kind of understanding of all the suffering and joys and pain that we go through. Storytelling brings some value to it.'' ''In 'Tree of Life,' the cinematography records a small story, a celebration of the courage of everyday life. But it does it so up close and so effortlessly that it has the effect of elevating the intimacy of the story to a grand scale.''

Caleb Deschanel is married to Mary Jo Deschanel (former Mary Joe Weir) since 1972. Mary is an American actress by profession.

Caleb both daughters Emily and Zooey are actresses by profession. Emily first debuted on romantic comedy-drama It Could Happen to You on which Caleb worked as chief cinematographer.

She is also a director and producer. Similarly, Zooey made her film debuted in Lawrence Kasdan’s comedy Mumford (1999) and has also engaged in singing and song-writing.

Who is Caleb Deschanel?

Caleb Deschanel is an award-winning American cinematographer and film director working in the film industry for the last 40 years.

He is a member of the National Film Preservation Board of the Library of Congress, Representing the American Society of Cinematographer since 1984.

Caleb Deschanel was born as Joseph Caleb Deschanel on September 21, 1994, in Philadelphia, Pennsylvania to Ann Ward (née Orr) and Paul Jules Deschanel. His ethnicity is unknown.

His father was french whereas his mother was an American who raised him in Quaker religion.

For schooling, He went to Severn School. He attended John Hopkins University from 1962 to 1966. Then in 1968, he graduated from the University of Southern California School of Cinematic Arts.

Deschanel was also a member of a band of film students called “The Dirty Dozen”, this group attracted attention from the Hollywood system. He also attended American Flim Institution Conservatory and graduated in 1969 as a member of its first class.

Caleb Deschanel first started his journey with the 1979 film  ”Being There” which was a huge success. Since then he has done many movies like ”The Black Stallion”, ”The Right Stuff”, ”The Natural”, ”Fly Away Home”, ”Anna and the King”, ”The Patriot”, ”The Passion of the Christ”, ”Never look away” and ”The Lion King” to name few. He has even worked as a camera operator for Wakefield Orloff and Paisley Production.

Deschanel successfully shot for the Disney remake The Lion King along with Jon Favreau who directed and produced the movie. The crew was led by VFX production supervisor Rob Legato with MPC Film

A career as a Director

Caleb’s daughters Emily and Zooey headed to Oscar in order to support their father. He was nominated in the cinematography category for the film “Never Look Away.”

He has done great works in the field of the film industry. Along with his success, there is no doubt about his good amount of earning.

Caleb Deschanel is 6 feet 1 inch tall and has a decent height. He has a blue eye color with salt and pepper hair.

You may also like to know about Joshua Bee Alafia, Jay Wasley, and Danny Moder.