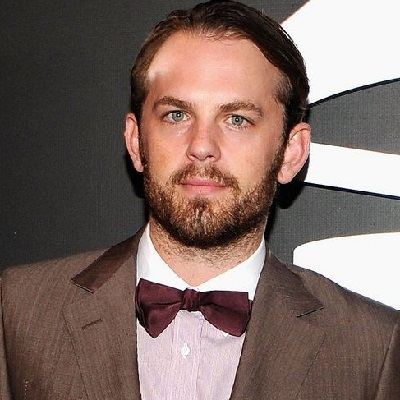 Caleb Followill is a married man. His wife, Lily Aldridge is a model by profession. The wedding took place on the 12th of May 2011 in Montecito, California at a closed ceremony including friends and families.

They started dating each other back in July 2007. At the time, they were attending the Coachella Festival. After that relationship of around three years, they got engaged on the 20th of September 2010.

On the 21st of June 2012, they welcome their first daughter, Dixie Pearl Followill. Later, they welcomed their son in 2019 and name him Winston Roy Followill.

Who is Caleb Followill?

American Caleb Followill is a vocalist and musician. He is renowned as the lead vocalist of the Grammy Award-winning American band, Kings of Leon.

Last, on the 31st of March 2020, he released the song, Going Nowhere along with the band.

His father, Ivan Leon Followill, and mother, Betty-Ann Leon Followill are of British-Irish ethnicity. Ivan is a United Pentecostal evangelist. His parents got divorced in 1997.

He has two brothers, Nathan and Jared Followill. Nathan is a drummer whereas Jared is a bassist by profession. They grew up playing music in the church.

Caleb Followill started his career as a singer with the band, Kings of Leon along with his brothers and cousin, Matthew Followill back in 1999. At the time, the band was greatly influenced by the Southern Rock and Blues.

In 2002, he signed with the RCA Labels as a member of the band. On the 18th of February 2003, the band released its first EP, Holy Roller Novocaine with five tracks. The same year, they launched their first album, Youth and Young Manhood in the UK. It earned 2X Platinum certification in the UK and 3X Platinum in Australia.

Moving forward, the band released Aha Shake Heartbreak in 2004 and Because of the Times in 2007 which was a success like a band’s debut album.

Later, in 2008, the band released the fourth album, Only by the Night. The album became one of the biggest achievements of the band with 10X Platinum certification in the United Kingdom. Also, it peaked at the fourth position in the US Billboard.

On the 30th of June 2009, he launched the first DVD along with his band, Live at the O2 London, England that peaked at the 2nd position in the Australian Music DVDs Chart with 6X Platinum in Australia.

On the 18th of October 2010, the band launched its fifth album, Come Around Sundown that peaked at the 78th position in Decade-end charts in Australian Albums.

The same year, he went in his first musical world tour, Come Around Sundown World Tour. Also, in 2013, the band went for its second tour to support their sixth album, Mechanical Bull.

Last, in 2016, they released their latest album, The Walls that peaked at the 1st position in the US Weekly chart.

Through his career as a musician, he has made a net worth of $16 million. His earnings as a vocalist are in the range of $21k to $208k. Besides that, he also makes through the royalties of the band’s album.

Till the date, he has not been part of any sort of controversy that created a buzz in the media. Similarly, there are no rumors related to him.

Caleb Followill has blue eyes and dark brown hair. His height is 5 feet 10 inches and weighs around 75 kg. He wears the shoes of size 11 (US).

Caleb has over 33.4k followers on Twitter. Also, he shared his Instagram handle, lilyandcaleb with his wife, Lily that has over 5.9k followers. But he is not active on Facebook.