Caleb Landry Jones is an American actor and musician. He is best known for X-Men: First Class, Get Out, and The Outpost. He is possibly single. 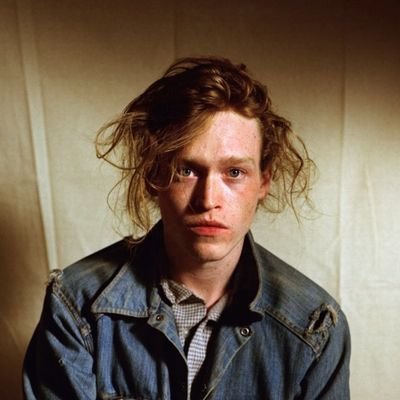 I came to the industry with wide eyes and an open heart thinking I was going to make a few films that really meant something that I could pour myself into.

Well, I'm a Texas boy, and we have denim in our blood.

Caleb Landry Jones might be currently single. Also, he has not been linked with any other woman. He is focusing on his career rather than being in a relationship. He has been successful in keeping his personal information secret.

Who is Caleb Landry Jones?

Caleb Landry Jones is an American actor and musician. He is best known for her roles as Jeremy Armitage in ‘Get Out’ in 2017, Red Welby in ‘Three Billboards Outside Ebbing, Missouri’ in 2017, and Banshee in ‘X-Men: First Class’ in 2011.

He was born on December 7, 1989, in garland, Texas, USA. He was born to father Patrick Jones and mother Cindy Jones. His parents are farm owners. His family relocated to Richardson, a suburb in Dallas when Caleb was a child ad he was raised up there.

Talking about Caleb’s education history, he attended Richardson High School in which he participated in a number of school plays.

Caleb developed a passion for acting since his childhood. He debuted his career from the 2007 Coen Brothers thriller ‘No Country for Old Men’ in which he portrayed the minor role. He got an unacknowledged part in Jonah Hill’s ‘Superbad’ in the same year.

Similarly, he got a more significant role in ‘Friday Night Lights’ from 2008 to 2010 in which he portrayed the role of Jimmy Adler. He made his appearance in two episodes of ‘Breaking Bad’ between 2009 and 2010.

Moreover, Caleb Landry Jones has appeared in the 2010 horror film ‘The Last Exorcism’ and then moved to Los Angeles to further pursue his acting career.

His other notable appearances include in ‘The Florida Project’, ‘American Made’, ‘The Forgiven’, ‘Get Out’, ‘Three Billboards Outside Ebbing’, ‘Missouri’, ‘The Dead Don’t Die’, and many more.

There was a rumor regarding his sexual orientation as many people thought of him as gay but he is straight.

Caleb Landry Jones has a height of 6 ft and weighs 78 kg. He has blue eyes and brown long hair. His shoe size, dress size, etc. are unknown.

To know more about Tionne Watkins, Matt Smith, and Braun Strowman, please click on the link.