American actor and voice actor who is best known for the lead role of Lucas Sinclair in Netflix’s science fiction series ‘Stranger Things’.

Caleb McLaughlin is enjoying his single life. There is no information about his dating life and girlfriend. He is still too young to be in a relationship. He is currently busy in his career and focused on it. He might find a perfect partner in the near future with whom he can spend quality times. 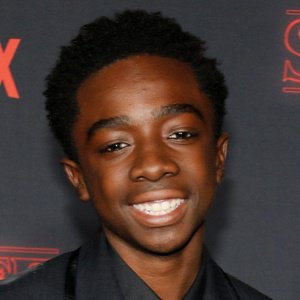 “She helped just enough so she could get what she wants. Food and a bed. She’s like a stray dog.”

Who is Caleb McLaughlin?

Caleb McLaughlin is an American actor and voice actor who is best known for the lead role of Lucas Sinclair in Netflix’s science fiction series ‘Stranger Things. He is also well recognized for his character of Ricky Bell in the miniseries ‘The New Edition Story.

Caleb holds American citizenship and his ethnicity is African-American.

He joined Kent Primary School and after that, he joined George Fischer Middle School for a year. Then, he moved to New York City after fifth grade and studied dance for a year at Happy Feet Dance School in Carmel. Later, Caleb studied at The Harlem School of the Arts under Aubrey Lynch, former ‘Lion King’ producer.

He debuted his acting career with the short film ‘Noah Dreams of Origami Fortunes in 2012 in which he portrayed the character, Noah. After that, he appeared as Young Samba on the Broadway stage in the musical ‘The Lion King’.

Caleb debuted his television career in an American police legal crime drama ‘Law & Order: Special Victims Unit in which he appeared as a Boy. Then, he was featured in several TV series like ‘Unforgettable’ in 2013, ‘Forever’ in 2013, ‘What Would You Do?’ in 2015, and ‘Shades of Blue’ in 2016.

He made his breakthrough after he appeared in ‘Strangers Things’ as a Lucas Sinclair in 2016. Recently, he gave the voice of a Young Gary in ‘Final Space’ and of Ghost in ‘Summer Camp Island’ in 2018.

He has an estimated net worth of around $3 million as of 2022, and he has earned that sum of money from his career. It is expected to rise in the future because he is still in the starting phase of his professional career.

There was a rumor that Caleb was dating co-star Sadie Sink but the pair later revealed that they are a couple only on-screen, but not off-screen.