She is a married woman. She is the wife of NBA player Seth Curry on February 14, 2019. The couple is blessed with one daughter before their marriage in May 2018. Their daughter’s name is Carter Lynn Curry.

Talking about her past relationships, she was previously engaged with Brandon Spikes, Paul George, Dexter Strickland, and Kyrie Irving. 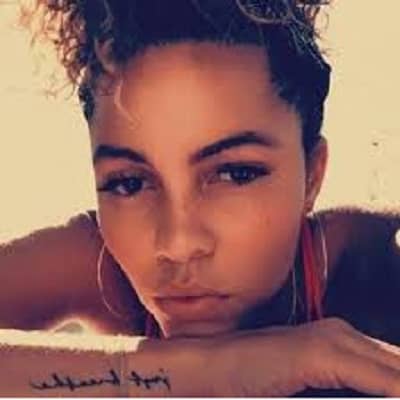 Who is Callie Rivers?

Callie Rivers is also known as Callie Marie Rivers. She is an American former volleyball player.

In addition, she is famous for being succeeded in AVCA All-America First Team.

Her nationality is American whereas she belongs to the Caucasian ethnicity.

She is the daughter of Kristen and Glenn Anton “Doc” Rivers. Well, she was born into a sport-loving family. Her father is a well-known basketball coach and retired NBA player. Further, her siblings are also professional basketball players. Her brothers are Jeremiah, Austin, and Spencer.

For elementary education, she enrolled at Winter Park High School in Florida and began her official sporting journey. After that, she joined Florida Gatorade High School. After she completed high school, she attended the University of Florida.

From an early age, she was fascinated by sports and she started playing volleyball during her high school days.

She won 6A State titles in as little as three seasons in her school. Moreover, she also creates career records at a school level. She got the second position on the list for digs and aces. She became the player of the year in Florida Gatorade High School.

Apart from that, she recognized as the most valuable player in USA Junior National A2 Team. She played a deciding role in the team’s victorious SEC title in 2008. After that, she honored with AVCA All-America First Team.

Besides that, during the Liga de Voleibol Superior Femenino, she signed an agreement with Leonas de Ponce. She only played for one year and she decided to retire.

After retirement from sports, she entered into the media personality and she is often featured by many media outlets.

Rumors related to Callie was surgeon the Internet that she might be the reason behind DeAndre Jordan’s conclusive decision to return to the Clippers despite Mark Cuban’s most valiant efforts. But there is no proof that how Rivers convince DeAndre Jordan to return and it was just a rumor.

Callie Rivers was involved in a sex scandal when she was in a relationship with American football linebacker Brandon Spikes. After watching the video many media channels assumed that the woman on the shot to be Spike’s girlfriend Rivers. However, Brandon later gave the statement that the video was of his college days and the woman in question wasn’t Callie Rivers.

She has an estimated net worth of around 1 million dollars whose source of income comes from a sports career.

Callie has an average height of 5 feet 5 inches and she has a weight of 53 Kg.

She has brown curly hair with a fair complexion. She has dark brown eyes.