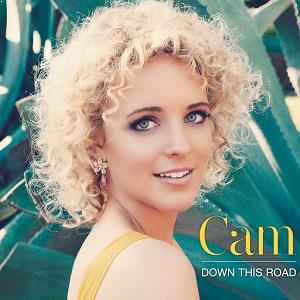 I think life gives you lemons, and the thing that I'm working on doing is not watering it down, not putting sugar in it. Just drink it straight. The more you can take life head on... it's gonna make you a better person, and then you have nothing left to be afraid of. And what an awesome way to live.

My manager and I were broke for about three years together. That was the worst time of our lives and the best time of our lives. You have nothing, and it also is this great blank canvas of how to be inspired and how to dream up your whole life out of nothing.

I would like to be known for honest, relatable writing and stories that that are real. There's just this shift I think is happening in a lot of society right now where being your most real self, however embarrassing or vulnerable or weird that is, is the coolest. I feel like that's what Lena Dunham's about and Amy Schumer's about.

The beautiful singer Camaron Ochs is a married woman now. She is married to her longtime boyfriend Adam Weaver. The couple dated each other for several years before getting married. After years of their affair, the couple got engaged in 2015. After a year of their engagement, the couple got married in the year 2016. There is no any other record of her relationship. It seems like Adam is the first love of her life. She is living a happy life with her husband and there is no sign of separation at all.

Who is Camaron Ochs?

Camaron Ochs is an American country music singer and songwriter. She is best known best for her debut single My Mistake and Burning House. She has toured with stars like Brad Paisley and Eric Paslay and written songs for stars like Maggie Rose.

Camaron was born on November 19, 1984, in Lafayette, California, USA. She is an American by nationality and she is of North American ethnicity.

Her birth name is Camaron Marvel Ochs. There is no information about her parents.  Her grandparents operated a running Ranch in Oceanside, California, where she spent most of her childhood.

She attended the University of California, Davis as an undergraduate student, majoring in law and psychology. She also studied in the Netherlands. She was interested in singing since her childhood age and she pursued music throughout high school and college, singing in various choral groups.

Ochs began her singing career when she was in high school. During her high school days, she formed an all-female collegiate a cappella group called The Spokes. She began her professional singing career in the year 2010. In 2010, Cam released her debut studio album titled Heat forward under the independent label, Rubber Room Records. She released a single in 2013 titled “Down This Road“, which became a hit among the youngsters.  Her major label debut single was released in early 2015 titled “My Mistake“.

Her song debuted at No. 58 on the Billboard Country Airplay chart in March 2015. She released her debut major label EP, Welcome to Cam Country in March 2015 with the Sony Music Entertainment. The album’s second track “Burning House” was a big hit and earned a nomination for the 2016 Grammy Awards. Her major label debut album, Untamed was released on December 11, 2015, which debuted at number two on the Top Country Albums chart and was the highest-selling debut country studio album of 2015.

Camaron Ochs: Salary and Net Worth

Currently, there are no desperate rumors regarding his personal and professional life. It seems he is doing best job without harming others for which he hasn’t been a part of controversy yet. Also, he is so young to be a part of rumors and controversy.

Moving towards her body measurements, he has blonde hair color and his eyes are blue. There is no information about her sh0e size, dress size, height, and weight.