She dated Chord Overstreet, is a famous singer, actor, and musician. She celebrated her 25th birthday with Chord. 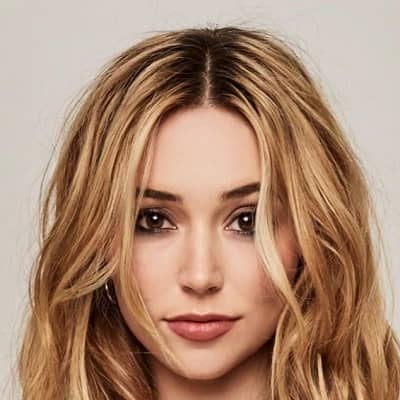 Who is Camelia Somers?

Camelia Somers is an American actress who is well familiar with her television role as Charlotte on the daytime soap opera, “The Bold and the Beautiful”.

She is well recognized as the granddaughter of popular actress, Suzanne Somers, known for her role Chrissy Snow on “Three’s Company”.

Camelia was born on October 2, 1995, in Los Angeles, California. Her ethnicity is Mixed(Irish-American Catholic) and holds American nationality.

Bruce Somers Jr. is her father who is the owner and chief storyteller of Sincbox Media. Her mother’s name is Caroline Somers, who is a writer and a producer. She grew up alongside her two sisters, Violet and Daisy Hamel Buffa.

Camelia studied at Harvard Westlake School located in Studio City, California. She has also played a leading role in the school’s production of the musical Hairspray and was involved in dance as well.

After that, she has got graduated from the University of Southern California in 2018.

According to our analysis, Somer’s net worth is approximately $1-$5 Million.

Camelia has never been part of any rumors and controversy till now.

She prefers enjoying her personal life and does not want to merge it with her professional life.

Camelia stands tall with a height of 5 feet 5 inches and has an average weight of 54kg.

She has blonde hair and black color eyes. Her body measurement is 32-24-32 inches.

Joe Minoso
Tags : Actress celebrity The Bold and the Beautiful