Cameran Eubanks is a television personality who has appeared in the reality shows like Southern Charm, The Real World on MTV. Cameran is married to her boyfriend.

Cameran Eubanks is married to a doctor Jason Wimberly on 12th April 2014. The couple’s wedding was a private outdoor ceremony. They have a child, Palmer Corrine Wimberly (daughter) born on November 11, 2017. 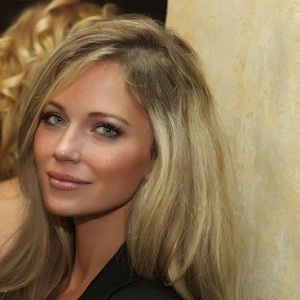 Who is Cameran Eubanks?

She has starred in reality TV shows such as The Real World on MTV, The Challenge, and Watch What Happens: Live.

Cameran Eubanks was born on November 21, 1983, in Anderson, South Carolina, USA. At that time the Real World was filmed, she was described as a “Southern Belle” who loved hanging out with all the men and was always up to get a great prank.”

Cameran grew up in a picture-perfect upper-class family but reach a low point when her parents divorced while she was in high school. She also has a sister named Cayce Eubanks.

There are no details about her academics. Her ethnicity is Caucasian.

After “The Real World: San Diego”, Cameran Eubanks started appearing in the show “Southern Charm” along with her co-stars Shep Rose, Thomas Ravenel, and others. Well noted for the beauty and grace with which she carries herself in her shows, she has managed not only to gain fans and followers from her television appearances but has also earned wealth over the years.

She is also known for her love of pranks and hanging out with the boys. Apart from her first appearance on the show in 2004, she has also appeared in the two more reality shows of the MTV franchise such as Real World/Road Rules Challenges (“Battle Of The Sexes 2” and “The Gauntlet 2”).

She currently stars in the show “Southern Charm”. Obviously, being a part of all these successful reality television shows have managed to earn thousands of dollars for Cameran over these years.

Apart from reality shows, she also has a career as a real estate agent, and her work as a broker also earns her money regularly.  She has a net worth of about $500 thousand.

Rumors are that Cameran is allegedly dating a Charleston makeup artist, Rebecca Wash.

Cameran Eubanks has a height of 5 feet 6 inches tall and weighs is unknown. She has blonde hair color and greenish-blue eye color. Her body measurements, Dress size, shoe size, etc. are unknown.