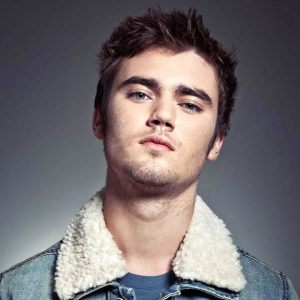 I will do this for as long as I can. The only con to acting and being this young is the school thing. You need to have 3 hours per day of school as well as all the work hours too

I never get any rest time. It is either work or school. Once you are an adult you get to take a nap in between shots.

Talking about his relationship, he is living a single life so happy as he is focusing on his career. Also, even if he is dating someone, he has not revealed anything about it. He doesn’t share his personal life in public. Moreover, he has not yet been spotted with anyone in public places.

Who is Cameron Bright?

Cameron is a Canadian actor his nickname is Cameron Douglas Crigger. Whereas he has appeared in the films The Butterfly Effect, Godsend, Birth, Running Scared, Ultraviolet, X-Men: The Last Stand, Thank You for Smoking and four installments of The Twilight Saga.

Cameron was born in Victoria, British Columbia, Canada on January 26, 1993, to parents Jake Crigger and Anne Bright. He has a sibling namely, Bryce Nelson. He belongs to Canadian nationality and English ethnicity.

His birth sign is Aquarius. Taking about his education, there isn’t any information regarding his education and academic achievements.

Talking about his profession, he made his career debut from 2000 an American-Canadian drama television series Higher Ground. Whereas, he also made his acting presence in TV The Christmas Secret same year. Similarly, he also played the role of Orlin in an adventure and military science fiction television series Stargate SG-1 in 2005. Likewise, he also worked on several other TV shows like Night Visions, The 4400 and Motive.

Moreover, he has also been more famous from his movies roles, in 2004 for his role of Young Sean in American drama film Birth. During 2006, he also made his acting presence in American crime thriller film Running Scared as Oleg Yugorsky.

There isn’t any information regarding his lifetime achievements and awards.

Cameron Bright: Salary and Net Worth

Talking about his salary and net worth, her salary is around $ 200 thousand. His net worth is $ 3 million.

There was a rumor that, he was spotted with actress Dakota Fanning hanging out together and there was news relating to their affair. Currently, there is no such rumors and controversy related to his professional and personal life.

Cameron has a height of 5 feet 10 inches. Additionally, he weighs is 72Kg. Furthermore, his chest, waist, and biceps sizes are 40-30-15 inches respectively. Cameron’s hair color is light brown and his eye color is blue.