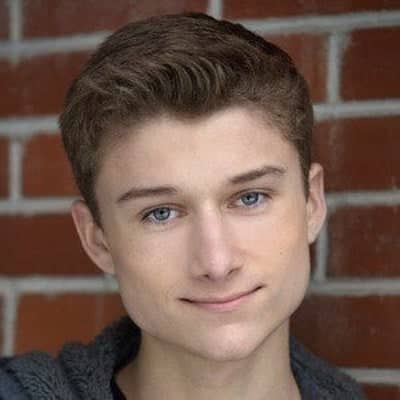 Who is Cameron Brodeur dating?

Cameron Brodeur in the present time is possibly single. He has not shared the details about his affair or girlfriend yet.

Who is Cameron Brodeur?

For his acting in The Umbrella Academy, he won The Joey Awards plus Young Artist Awards in the year 2019. In 2016, he was seen in a TV movie titled Amber Alert where he played the role of Oliver Cross.

His full date of birth is 25 April 2002 and he was born in Montreal, Canada. The name of his mother is Shena but his father’s name is unknown.

His mom is working as an assistant director of the Cameron School of Dance.

Further, Cameron Brodeur’s ancestry is Caucasian, and as per his academics, he might have completed his studies but the name of the institute is not revealed.

He took training in dance from Cameron School of Dance and acting from Montreal Teen Tour Theater.

Cameron Brodeur as an actor started to do screen projects in 2015 by starring in an episode of Helix Webisodes (TV Series) as Soren. He then did a few episodes of The Art of More as Young Graham, Ghostwriter as Camarillo Kid, The Bold Type as James Carlyle, etc.

His movies are Midway in 2019 as Sully Brown and Everything Outside in 2018 as Étienne. But his character of Mathieu Archambault in Amélie et Compagnie (TV Series) from 2017 till 2019 was appreciated by the audience.

In 2020, he attended the red carpet plus main event of The 41st Annual Young Artist Awards show.

Cameron joined the cast of this show in 2019 and was seen as Young Luther. The show is off the superhero-drama genre that was streamed on Netflix. It tells the story of a dysfunctional family that adopts sibling superheroes.

The Umbrella Academy is created by Steve Blackman and is based on the comic book written by Gerard Way and Gabriel Bá.

By the sources of 2022, his net worth is estimated at $500 thousand. His yearly salary is that he charge is under the rug.

Cameron Brodeur’s height and body weight are of average shape. Adding some more, he has grey eyes and has hair in light brown color.

Cameron Brodeur is officially available on social sites such as Facebook with around 389 fans. Also, on Instagram and Twitter, he has more than 993k and 111k followers respectively.

On IG, he posted two pictures of himself on 24 Jan 2022 that was loved by the viewers.