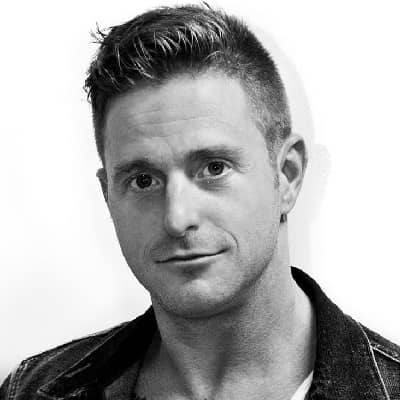 What is the relationship of Cameron Douglas?

Talking about his relationship, Cameron Douglas is in a love relationship with Viviane Thibes.

Viviane is a yoga instructor and an actress from Brazil. The couple started dating in 2016.

Currently, the couple lives in Los Angeles, California along with two children. They welcomed their first children, a daughter named Lua Izzy (2017).

Likewise, they extended their family as they welcomed their son named Ryder (2020).

Who is Cameron Douglas?

Cameron Morrell Douglas, popularly known as Cameron Douglas is a well-recognized American actor, producer, and director. Douglas is widely famed for his role on Wonder Boyd (2000), It Runs in the Family (2003), and Loaded (2008).

Also, he is known as the son of the well-named American actor, producer, and winner of 4 Golden Globe Awards and two Oscars, Michael Douglas.

Cameron Douglas was born on 13 December 1978. At present, his age is 42 years old. Likewise, his birthplace is Santa Barbara, California, the USA.

Cameron is the son of his father, Michael Douglas whereas his mother is Diandra Luker. Moreover, his grandparents are Kirk Douglas and Diana Dill. Unfortunately, his parents got separated in 1995.

Also, he has two half-siblings from his father’s second marriage to Catherine Zeta-Jones.

Regarding education, the actor learned from local school days in his early days. Later he joined Eaglebrook School and completed his schooling.

He consumed drugs from his school life and was expelled. Later, Cameron is a dropped-out student from high school.

Officially, Cameron joined the film industry in 1997. He debuted in Jackie Chan’s movie, Mr. Nice Guy. Douglas performed the role of Giancarlo’s Man. After his debut, he did not play in any movies until 2003.

In the year 2003, Cameron performed the role of Asher Gromberg in It Runs in the Family (2003). In the movie along with Cameron, his father, grandmother, grandfather has also featured.

Later he played the character of Adam in National Lampoon’s Adam & Eve in 2005.

In the year 2009, Douglas starred as DJ Mojo in The Perfect Beat. Freshly, he performed the role of Danny Engel in the short film, Dead Layer in 2018.

The actor has not featured in many movies due to his time and again involvement in many controversies.

Talented star Cameron has earned handsome money from his profession. From his earning, he lives a lavish lifestyle.

Douglas has been involved in many controversies in his lifetime from his early days. Since his parents were already stars so they failed to offer him regular guidance and support.

He was the victim of drug addiction due to influence from his family member. Cameron’s parents often organized big parties where recreational substances were readily available.

Douglas often used marijuana and other drugs as well in the party. To remove his loneliness, Cameron started using marijuana at the age of 13 years old.

His school found it and expelled him. Douglas shot the drug into his ribcage and neck as he reached the worst case.

Within the first year of high school, Cameron was arrested for using cocaine. His family found it and gave him an ultimatum to either quit drugs or move out of the family.

He felt intense pressure to live up to his family name and suffered dysfunctional family.

To remove his addiction, Michael even involved him in the movie, It Runs in the Family. However, it did not stop him.

The star was caught after liquid cocaine was found in his car in 2007. He was again caught after finding half a pound of crystal meth in 2009.

In January 2010, Cameron was found guilty of illegal possession of heroin and conspiring to disseminate drugs. He was sentenced to five years in jail.

His tenure was again extended for four and half years after testing positive for cocaine and heroin in jail.

Finally, Douglas got bail from prison on 1 August 2016.

42 years old actor, Cameron Douglas has got dashing looks as well as a charming personality.

Furthermore, Douglas has green eyes whereas his hair is brown. His body measures 42-32-35 inches (chest-waist-hip) size.

The actor has a biceps of 14 inches. It seems he is a tattoo lover as he has got many tattoos on different parts of his body.

About his social media presence, Cameron Douglas is an active personality on social media. Cameron has more than 55k followers on his official Instagram account @cameronmorrelldouglas.