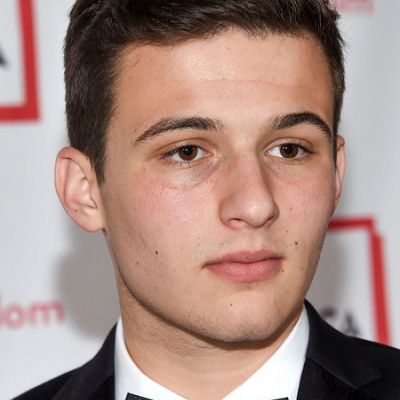 Cameron has shared their happy moments on his Instagram. However, their dating history is still not available to the public or in the media. It seems Kasky prefers not to share his relationship or love life with the public.

Who is Cameron Kasky?

Cameron Kasky is a well-recognized American activist, writer, and advocate. He is widely famed for helping to organize the March for Our Lives nationwide student protest in March 2018.

Moreover, he is a survivor of the February 2018 mass shooting at Marjory Stoneman Douglas High School.

Cameron Kasky was born on 11 November 2000. At present, his age is 20 years old. Likewise, his birthplace is Hollywood, Florida, the USA.

Cameron is the son of his father, Jeff Kasky whereas his mother’s details are still unknown. Moreover, he has a brother named Holden and a younger sister named Connor.

Talking about his nationality, Kasky holds an American identity whereas his ethnicity is Caucasian.

Regarding education, the activist is a former member of the drama club at Marjory Stoneman Douglas High School in Parkland, Florida. Later, he attended Columbia University.

The group performs to create a national movement on behalf of gun violence, including an effort to publicize legislators receiving money from the NR. He announced the March for Our Lives rally on 18 February 2018. Later, the activist featured on The Ellen DeGeneres Show with X Gonzalez and Jaclyn Corin.

Additionally, the star was also featured on the cover of Time Magazine alongside fellow activists, Jaclyn Corin, X Gonzalez, David Hogg, and Alex Wind. Kasky endorsed Andrew yang in the 2020 Democratic Party Presidential primaries, mentioning to be ‘very tired of … the same nonsense that’s been the American people for a generation.’

Moreover, he threw his support behind Bernie Sanders and consecutively endorsed Joe Biden in the General election.

The activist, Cameron has earned decent money from his profession. He has been active in his profession from the year 2018 till the present.

It is reported that Cameron Kasky has an estimated net worth of $1 million.

However, the young advocate has not disclosed his exact salary, earnings, and assets details till now.

Once, Cameron temporarily stopped using Facebook due to immense death threats to him. He was accused of being a crisis actor and later replied to CNN’s Wolf Blitzer to send him in the school production of Fiddler on the Roof.

Other than that, Kasky has never been part of any controversial matter or rumors till now.

It seems that Kasky prefers enjoying his personal life and does not want to merge it with his professional life.

20 years old activist, Cameron has handsome looks and an admirable personality. He has not mentioned his true height but seems to be more than 5 feet.

Furthermore, Kasky has light brown eyes whereas his hair is brown.

Regarding his social media presence, Cameron Kasky is an active personality on social media. Cameron has more than 69.8k followers on his official Instagram account @cameronkasky.

He is also active on Twitter with around 390.5k followers.

Moreover, Kasky is also available on Facebook at the moment.