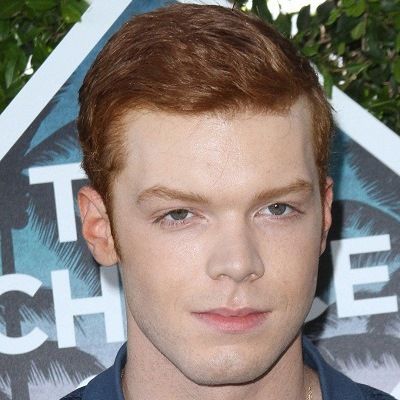 I think the gay community, just like anybody, should be represented in all forms and all types.

I never really do the New Year's Resolution thing. I kind of just try to stay focused, not get too distracted, and do the best I can. And that's something I like to tell myself every year around New Year's.

I really enjoy dancing. When there's music around, I can't help it

I start dancing, especially when I'm with friends.

'Prom' is a movie that follows a bunch of high-schoolers' lives leading up to the prom, the climax of the movie. It focuses all their struggles and the social pressures that prom creates on their lives.

What is the relationship of Cameron Monaghan?

Who is Cameron Monaghan?

Cameron Monaghan is an American actor and model, who is best known for his role as Ian Gallagher on the Showtime comedy-drama series Shameless. Also, he has appeared as twins Jerome and Jeremiah Valeska, characters who explore the mythology of and act as possible origins to DC Comics supervillain the Joker on the Fox crime series Gotham.

Cameron Monaghan was born in Santa Monica, California, the United States on August 16, 1993. His birth name is  Cameron Riley Monaghan and he is currently 28 years old. His father’s name is unknown and his mother’s name is Diane Monaghan, who worked as an insurance claims specialist.

Cameron was an extremely extroverted child when he was 3 years old, and that led his mom to believe that he might make a good career as a model. She got his portfolio made and sent it to various modeling agencies. At the age of 5, he appeared in his first magazine catalog.

There is no information about his siblings. Cameron holds American citizenship and mixed (Polish-  Irish- German) ethnicity. His birth sign is Leo.

Talking about his profession, in 2002, at the age of 9, he made his acting debut with a small-budget independent film named ‘The Wishing Stone.’ He then made appearances in independent films such as ‘Brothers in Arms’ and ‘Desperate Hippies.’ In the year 2003, he made his TV debut with the TV film ‘The Music Man.’ The director believed that Cameron suited the role perfectly.

During 2005, he appeared in small roles in the series ‘Avatar: The Last Airbender’ and ‘Threshold.’ In the same year, he appeared in a small recurring role in the series ‘Ned’s Declassified School Survival Guide,’ where he played the role of ‘Palmer Noid.’ As he entered his teenage years, he started appearing in more TV series. Some of them were ‘Criminal Minds,’ ‘The Mentalist,’ ‘Monk,’ and ‘Three Rivers.’

However, he mostly appeared in single-episode roles. Another major break came his way when he was offered one of the key roles in the film Click.’ The film featured him in the role of a young bratty child named ‘Kevin O’Doyle.’ It also starred Adam Sandler and Kate Beckinsale. The film was received well by some critics, while it was thrashed by others. It performed moderately well at the box office. Cameron has received immense accolades for his portrayal of the character.

Cameron Monaghan won Choice TV: Villain for Gotham (2014) at Teen Choice Awards in 2019, he won Best Performance in a Television Series – Recurring Young Actor for Malcolm in the Middle (2000) at Young Artist Award in 2005.

As of 2022, Cameron Monaghan has an estimated net worth of around $5 million and he has earned that sum of money from his professional career. He has appeared in several commercials for Altman / Procko Productions, Norman J. Stevens Advertising, Southland Advertising, Tapestry Productions, Westwayne, Leo Burnett, USA Inc., and TBWAChiatDay.

Till the date, he has not been part of controversy and rumor. He is maintaining his personal life properly. He is far from rumors and controversies.

Cameron has a height of 6 feet and he weighs is 69Kg. Cameron’s hair color is red and his eyes color is green.