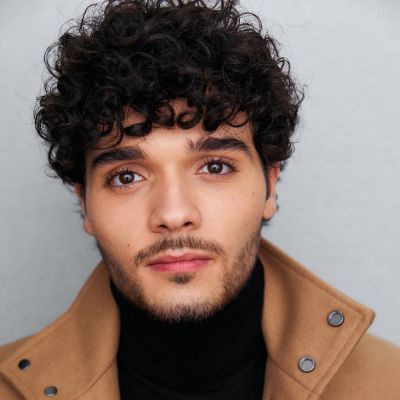 Cameron Ocasio is possibly single. As of now, he hasn’t introduced anyone as his girlfriend or lover in the media.

It seems he is more focused on his career rather than being in a romantic relationship. Previously, he dated Amanda löfvenhaft.

Who is Cameron Ocasio?

Cameron Ocasio is an American renowned actor. He is best known for his role as Dice in the Nickelodeon television series Sam & Cat.

He hasn’t disclosed his parent’s identity in the media. He has two siblings a younger sister named Gianna Ocasio and an older brother whose identity is unknown.

His academic background is also under the curtains. Further, he is of American nationality and he belongs to mixed (Spanish and Italian) ethnicity.

In 2011, Cameron made his first television appearance in an episode of Law & Order: Special Victims Unit as Nico Grey. The same year, he made his theatrical film debut in Caught as Young Kevin.

The following year, he appeared in three films Love Magical (as Robert) Sinister (as BBQ boy), and Child Eater (as Lucas). He also guest-starred in an episode of A Gifted Man where he portrayed the role of Boy with Ball.

He also appeared in the 2014 web series, The Lil’ Sam & Cat Show. He did theater performance in the production, Bloody Bloody Andrew Jackson at the Bernard B. Jacobs Theatre.

Cameron has managed to maintain a clean profile. He hasn’t been part of any sorts of rumors and controversial matters that create a huge buzz in the media.

Camero hasn’t shared much about his income in the media. His precise net worth, salary, and other earning are still under review.

The actor has a charming personality. He stands at the height of 5 feet 6 inches tall and her weight is about 66 kg.

He has a dark brown pair of eyes and as well dark brown hair color. However, he often tends to dye his hair with ‘blonde’ highlights.

He is also active on Facebook with 1.2k followers. Similarly, she has over 1.3k followers on his Twitch account.